While adding info to this blog’s resources and research sections today, I found “Abuse affects genes”, an article by Brona McVittie on the Epigenetics? site. The site is put together by The Epigenome Network of Excellence, a European research network that focuses on epigenetics. Epigenetics looks at how our experiences and our environment turn our genes on and off. Yes — it’s an amazing thought, isn’t it. The genes we’re born with don’t set our personalities and behavior in stone. It’s all those experiences — our family life, our school life, our country’s life (war or peace?), our economic life (extreme poverty or jet-setter), our environment.

Epigenome means “above” or “in addition to”  the genome. We all have genes, which have all the code and instructions for how our bodies function. But not all of those genes are functioning all of the time. Our epigenome tells our genes what to do and when to do it. (For more info, go to this blog’s resources section.)

The article describes what researchers at McGill University and the Douglas Institute in Canada found when they compared the brains of 12 suicide victims who’d suffered child abuse, 12 suicide victims who weren’t abused, and 12 normal individuals. They looked at the genes that affect a person’s ability to cope with stress. They found differences between the same genes in the abuse victims and those not abused — the genes weren’t different, but the epigenetic marks on the genes were different. [How this works is shown in a fabulous animation — specifically the second part of the five parts — put together by the folks at NOVA, who have produced an episode about epigenetics:  Ghost in Your Genes. A shorter version is on NOVA’s Science Now.]

What’s important about this? Previous research shows that if these genes don’t function correctly, they can’t keep  stress hormones under control. So, the study suggests this scenario: Children suffer abuse, their nervous systems responds appropriately by producing stress hormones (fight, flight or freeze). But continued abuse without relief produces way too much stress hormone, which sets off something that significantly slows or stifles the genes that sop up those stress hormone. Too much stress keeps a person in a state of anxiety, fear, nervousness, agitation, or rage mixed with depression. One reason people commit suicide is because they feel they can no longer cope with these unrelenting overwhelming feelings over which they feel they have no control.

“The function of our DNA is not as fixed as previously thought,” adds Michael Meaney (Douglas Institute, Quebec). “The interaction between genes and the environment plays a crucial role in determining our resistance to stress and the risk for suicide. Epigenetic marks are the product of this interaction.”

In another article, one of the researchers, Moshe Szyf, a professor of pharmacolog at McGill University, said:

this study is the first that he knew of in which there is a clear link between human social environments and their epigenetic code. “It is dynamic, and it acts through life,” he says. “And it’s not just chemicals that affect these mechanisms, it’s the social, and even political, environment.”

The study was published in the Feb. 22, 2009 issue of Nature Neuroscience.

In the last month, a couple of articles about spanking caught my eye: One was at CNN.com — “Spanking Detrimental to Children, Study Says” by Elizabeth Landau. The other — “Kids Who Get Spanked May Have Lower IQs” by Salynn Boyles — was published by WebMD.com.

In some cultures and families, it’s okay to hit children. In the United States, it’s a common practice. The articles got me to thinking about an incident that occurred while I was living in Bali, Indonesia, in the early 1990s. There, a family who lived 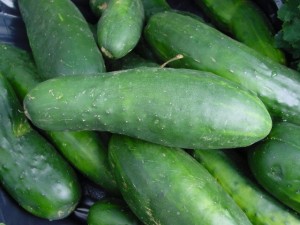 adjacent to me provided a completely different point of view.

One evening, this Balinese couple and their two children had just returned from a visit to the United States. The following morning, I could hear the seven-year-old boy fussing loudly. (In Ubud, where I was living, the walls of houses are often made of bamboo.) Obviously jet-lagged and exhausted from the 20-hour flight, he was tired, cranky, and didn’t want to go to school. His father, Made (pronounced MAH-day), was also jet-lagged and tired. The boy cried and complained. Made raised his voice. The boy complained some more, and then I heard an unusual sound for Bali: fwaap! Made had smacked his kid. Not hard, but smacked him nonetheless. The boy wailed the tears of the betrayed, not in pain, but in sorrow and confusion.

Later that day, my friend saw Made sitting on a rock outside the compound of homes where we all lived. He looked dejected, as if he’d lost his best friend. He was eating a cucumber. My friend couldn’t help but ask: “Made, are you all right?”

Made nodded and then shook his head. “I did a horrible thing today,” he said.

We could guess what he’d done, but, being polite, my friend asked, “What happened?”

Made lowered his head in shame. “I hit my child today.”

We didn’t know how to respond.

“So I went to the doctor,” Made continued.

Doctor? “You went to the doctor?” my friend asked. “What did the doctor say?”

“He told me to stop eating meat for three weeks, and to eat three cucumbers a day.”

Well. Sure, meats contain androgens, and cucumbers contain estrogens, but not enough to change a person’s behavior. And the doctor probably knew that.

But the point of going to the doctor is that Made recognized that he was the one who’d been out of control, not his son. Children, being children, don’t have much ability to control themselves, especially when they’re stressed. But adults do. So when a child is stressed and cries, it’s the adult’s responsibility to keep his or her cool and help the child. And if the adult doesn’t keep his cool, in Bali, he seeks help immediately. And receives it. 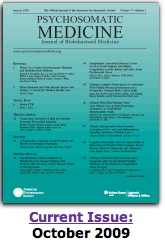 One thing that Palmatier didn’t bring up is something that many of Dr. Vincent Felitti’s patients told him when he was first exploring the link between the obesity and child trauma: They didn’t see their weight as a problem. They saw it as a solution.

Here’s an example. Several years ago, I attended a conference about child sex abuse. A woman who was quite overweight told her story of years of struggle with trying to shed pounds. She’d been to Weight-Watchers, to special diet clinics, under the care of physicians….you name it, she’d tried it. Each attempt started out well. She lost 10 pounds. 20 pounds. 30 pounds. But at some point, she said, she’d always panic, flee the program and put all the weight back on in a matter of weeks. It took her years to connect this reaction with an event in her childhood. When she was seven, her father raped her in front of her sister, who was just a couple of years older. While he was raping her, he told her the only reason he wasn’t doing the same thing to her older sister is that she was too fat. So, being fat was a way to protect herself.

But that doesn’t mean that everyone who’s obese has suffered child sex abuse, and the ACE Study research bears that out. Food wasn’t my drug of choice, said another woman at this conference.  It was alcohol, which numbed her to the sexual abuse that her father subjected her to, along with his friends. She was very thin. Other people use illegal drugs — cocaine, methamphetemine, heroin, prescription painkillers — or smoking or inappropriate sexual behavior or work. The list goes on, and that list translates into unhealthy lifestyles that lead to adult onset of chronic diseases.

These are grim, grim stories, but very common. Also, childhood trauma doesn’t only refer to one of the three abuses: physical, sexual or emotional. The trauma measured in the ACE Study includes witnessing a mother being battered, a parent who disappears through death or divorce, and a member of the family who’s been imprisoned, is mentally ill or an alcoholic (or other drug abuser).

What’s pretty clear, once you scratch the surface, is that many people who engage in these unhealthy lifestyles feel to their very core that overeating, smoking, binge drinking or keeping a buzz on, having lots of sexual partners, working 80 hours a week — all these things help them cope with some very difficult memories and feelings. For many, these unhealthy habits aren’t problems; they’re solutions. So, it doesn’t seem as if any amount of telling them it’s a problem is going to make much of a difference. So, what will?

that examine the link between child trauma and early mortality. “It’s pretty striking that someone with six or more ACEs died 20 years earlier.”  Brown, an epidemiologist at the Centers for Disease Control and Prevention, is part of the Adverse Childhood Experiences Study, a joint project of the CDC and Kaiser Permanente in San Diego. Here’s the link to the AJPM article: Adverse Childhood Experiences and the Risk of Premature Mortality.

Several organizations did articles about the research. I did two in the Lawrence Journal-World:

Here are two other good articles:

Is Life Expectancy Reduced by a Traumatic Childhood? in ScientificAmerican.com.

Childhood May Shorten Life by 20 Years on ABCNews.com.

If you run across any others that aren’t repeats of the press release, please add them. Somewhere on this blog, I’ll put them all together.

Although the interest about the effects of child trauma isn’t particularly high the traditional media as yet, AJPM managing editor Charlotte Seidman says that the first ACE Study published in 1998 has been in the top-five or top-ten most viewed on the AJPM site every year since its publication.