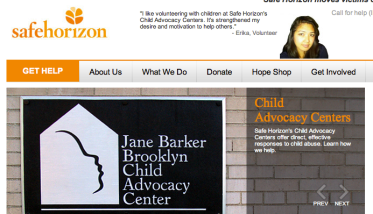 One of the issues that many pediatricians and family practitioners have in screening for child trauma is the lack of effective treatment for the child. Jane Brody did a terrific post on the New York Times Well blog about a therapy that significantly reduces post traumatic stress symptoms in just four to six structured sessions that involve the caregiver and the child, together and apart.

The treatment is called Child and Family Traumatic Stress Intervention (CFTSI). It was developed by Steven R. Marans, professor of psychiatry at Yale University and director of the Childhood Violent Trauma Clinic at Yale School of Medicine’s  Child Study Center, Dr. Steven J. Berkowitz, now a child psychiatrist at the University of Pennsylvania, and Carla Smith Stover, an assistant professor at Yale’s Child Study Center. They published results of the therapy in the Journal of Child Psychiatry and Psychology in 2010 (online) and in print (June 2011).

Safe Horizon, a victim assistance group that operates child advocacy centers in New York City, worked with Childhood Violent Trauma Clinic to adapt the therapy for physical and sexual abuse. Safe Horizon has been using CFTSI in four centers since 2008, and is hosting a forum today to discuss its evaluation of 500 children who’ve had the therapy. The results “mirrored the results of the original trial at Yale,” said Rita Garza, spokeswoman for the organization.

Nancy Arnow, in charge of child, adolescent and mental health treatment services at Safe Horizon, said: “We now have a standardized way to offer children and their families an evidence-based intervention that is both brief and remarkably effective. The number of children who need this kind of help is not decreasing. It’s increasing.”

Arnow said that six other centers are undergoing the training now. 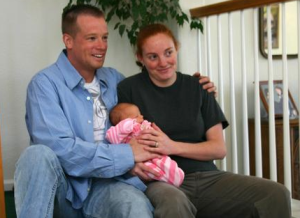 DENVER POST REPORTER DAVID Olinger relates this heartbreaking tragedy of child protection services gone wrong. Nearly four years ago, Tiffany and Dave O’Shell, both Lakewood, CO, police officers, were required to give their three-month-old daughter to a foster parent after a hospital found 11 broken bones in the baby’s legs. Amid the chaos of accusations, Dave O’Shell grew despondent, and two weeks later killed his wife and himself. Their bodies were found the same day that a physician noticed behavior in the baby that others had missed and ordered genetic testing. The baby had a fatal genetic disease that results in easily broken brittle bones.

Three and a half years later, Paul and Jackie Cuin shared their account of a family tragedy, hoping to broaden knowledge about a genetic killer of infants and to spare someone else from mistaken accusations of child abuse. They also want Colorado to give accused parents better ways to appeal if a child protection agency balks at performing tests that could disprove abuse. To tell the story, The Denver Post obtained medical, social services and police investigative records produced during the Cuins’ lawsuit and used a detailed timeline Paul Cuin compiled after Alyssa died.