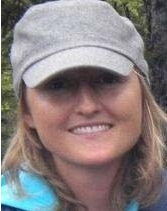 The sound of the gunshot and the speed of the bullet brought up feelings that I didn’t even know I had. My young friend had shot himself just days before my birthday, earlier that year. I remember waking up to the news. I remember the next day. My mom hugged me and cried while I stood numb. I told myself that if I didn’t think about it, maybe it wouldn’t be true. I didn’t cry until the funeral, and then in the fall when I fired the gun.

Nearly two decades later, I found my own son with a gun, contemplating thoughts of suicide. I banged on the window of the cabin until he let me in. I took the gun but he wouldn’t let me take him. It was too late for that. He had been hurt too badly. The time to take him in my arms and love him well had passed. He was a young man who thought he had nothing to live for. When he was 10 he told me that he felt like he was in a brick room and he couldn’t see a way out. That was the first time he made reference to suicide. I didn’t know how to help him out of the space I had helped put him in. If I knew then what I know now …

I now know that what was once considered normal, for the time and place I was raised (and reared my own children in), was creating adverse childhood experiences (ACE). Studies have shown that adverse

childhood experiences are more common than what is good for the common good. These experiences are magnified in rural Alaska and include childhood abuse (emotional, physical, sexual), neglect (emotional and physical) and witnessing domestic violence, alcohol or substance abuse in the home.

I don’t throw stones because I have some dirty windows of my own. But if I did, I could toss one in nearly any direction and it would land on a doorstep where a child is growing up in a home like this. When I was a kid we could go pretty much anywhere on the homestead and “party” with adults. We would leave school grounds at lunchtime and drink beer. Domestic violence was common. I have had guns pointed at me, things thrown at me and been in crazy scenes. Things that were considered normal created generations of people who have high ACE scores and now suffer the consequences.

I have created a new normal for my family, and if we want to stop the trend of suicide in rural Alaska we all have to raise the standards within ourselves, our homes and our communities.

Change requires a certain amount of healing of the past, followed by an intense focus on what is wanted for the future. Often, we are so focused on the dreary details of what was and what is that we don’t allow ourselves to think about what could be.

For years I mucked around in the trauma of my past and felt stuck in the (often dark) reality of rural life. It wasn’t until I locked in on dreams that I had previously denied that I found my way to life. I understand why death can seem like a good option but I have found that life lived on purpose is way more fun. Having “thy eye be single” on a good dream is one of the surest ways out of the nightmare of current reality. I hope all of our sons and daughters find their way to healing, to dreaming and to creating a new reality. Alaska is not Alaska without our beautiful rural people and ways. But some ways need to change. It’s time.