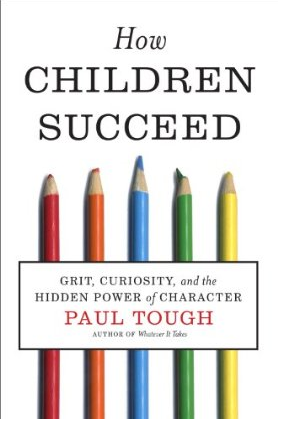 Claudia Gold, a pediatrician who blogs on Child in Mind and Boston.com, wrote a terrific post about Paul Tough and his new book How Children Succeed: Grit, Curiosity and the Hidden Power of Character. You’ll be hearing a lot about it — he was interviewed yesterday on NPR, and also did a Q-and-A with the Hechinger Report on Huffington Post called “The Obama Administration’s Big Missed Opportunity”. (Gold also did a very thorough review of the book in a previous post.)

Gold took a somewhat different approach in her conversation with Tough. She believes that our current health care and education systems, our over-reliance on psychotropic drugs, and childism — defined by Elisabeth Young-Bruehl in Childism: Confronting Prejudice Against Children as “a prejudice against children on the ground of a belief that they are property and can (or even should) be controlled, enslaved, or removed to serve adult needs” — lead to inadvertent child maltreatment. In other words, high ACE scores.

Gold created a scenario of how health care, education and childism lead to children not succeeding. It’s one she sees or hears about all too often (hence the headline “How Children [Don’t] Succeed”). I hope you read it, because we all know that scenario or one that’s very similar.

She asked Tough about this, and used their conversation as a means to a create an interesting list of changes she recommends. Here are two out of the six:

1) Transform education of health care professionals, who are on the front lines with young children and families, to focus on relationships as the 4th vital sign. The American Academy of Pediatrics Early Brain and Child Development Initiative is an important step in the right direction.