Just before former Rhode Island Congressman Patrick Kennedy delivered the closing speech to attendees of the National Council for Behavioral Health conference, my daughter and I had a warm, light-hearted conversation with him outside the hall about my daughter’s work in peer services in Texas, about her anticipated motherhood, his young children, and about a Texas ranch he visited once that is bigger than the entire state Rhode Island. We stuck around to hear him talk, even though we thought we could probably miss it since it was part of the send-off for attendees going on visits to Capitol Hill and we weren’t going. We were grateful we stayed; here’s why. 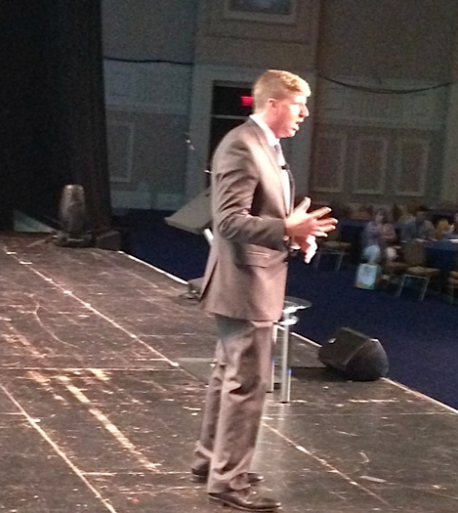 Kennedy gave a raw and revealing talk about his mental illness, addiction, and the “God-sized” hole in his soul before his recovery. He said his illness is “bio/psycho/social”, but added that it is also “spiritual.” After achieving successes in his political career—election to the Rhode Island state legislature at 21, Member of Congress at 27, master fundraiser for Democrats—you “would have thought that would have filled the hole in my soul but it didn’t.”

After being arrested “on the high seas, in airports, and by traffic cops,” and being in rehab over and over again, he felt that as long as he was re-elected, he was managing. He was, after all,  meeting the family’s definition of success by winning elective office and serving the public.

“Would I have freely chosen to bring such disregard, such disdain, and antipathy for me and bring shame on my family, like I woke up one day and said this is how I want to be perceived — as an alcoholic, drug addict who can’t get his life together? That’s not what I want for my life. And yet it was the inevitable result of me living in my illness and not knowing there was a solution. And of course I was given solutions and pointed to rehab over and over again. You would have thought I would have gotten it through my thick head that I had a problem. But my real problem was denial, thinking that if I could just continue to function and manage—continue to get re-elected­—then I must be okay.”

Then three years ago, after crashing into a barrier at the U.S. Capitol, he waited for the “final jackpot.” He woke up, not remembering what had happened the night before. Did he have a Chappaquiddick of his own (a referral to an accident that involved his father, Sen. Edward Kennedy)? Fortunately, the event took place at 3:00 a.m., when the streets and sidewalks, were empty and no one was hurt.

He spoke of the trauma that affected his whole family. His father, Sen. Edward M. Kennedy, suffered the death of two brothers and was re-traumatized when he watched the murders over and over again as they were shown on TV. As we know now from his memoir True Compass, he experienced serious trauma as a nine year-old and never told his mother that he was abused at school.

Kennedy talked about his mother, Joan, whose own mother died of alcoholism. “It was a perfect storm for my mother—her mother died of alcoholism—and this trauma set off my mother’s genetic predisposition.” Kennedy said that even though his mother could side-swipe other cars as she took him to school, her condition was never acknowledged by anyone at school. The intergenerational trauma came from both his mother’s and his father’s side.

Even though he has seen all kinds of physicians over his lifetime—pediatricians, oncologists, orthopedists—not one “has given him a check-up from the neck-up.” In a family that is known for taking charge of medical decision-making, seeking physicians who are on the cutting edge of research and practice, it is stunning that mental health and addiction were so neglected, he said. Even asking about this part of a patient’s being was so taboo, it was ignored even when the media covered the behaviors and fallout for all to read.

No one in his family talked about these things, nor did those who knew what was happening—friends, teachers, physicians. He made this plea to the audience: “And when one of our loved ones is suffering and you see them bleeding on the side the road, you go and pick them up and call 911 and you say they need help. When one of our loved ones is acting in a bizarre way because of their untreated mental illness, untreated addiction, instead of turning toward the problem, we turn away from it. So when you go to Capitol Hill today, I encourage you to tell your stories of why this means something to you personally to show up here in Washington, D.C., and ask your member of Congress to do something to rectify the situation.” 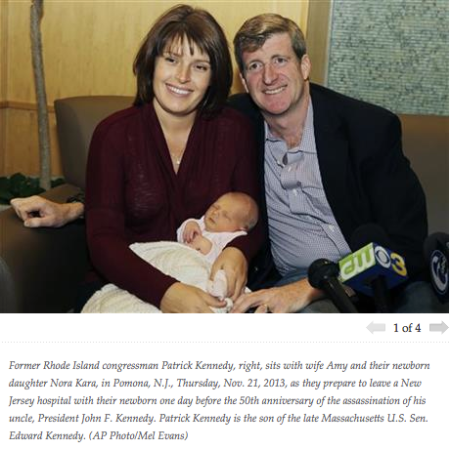 Ultimately, he overcame the barriers he had constructed to intimacy and commitment when he met his “Jersey Girl.” He “got two for the price of one” when he married his wife since she had a child from a previous marriage, and now they have two more children.

He continued, “So that is what recovery looks like and I need to understand every single day that that is my number one priority because if I don’t, I’ll pass on my illness to another generation. I don’t want my children growing up and not having that emotional connection that is so crucial in their formative years to know that they are good, that they are lovable, they can be embraced, they need to have someone present for them in their lives, they need to be loved unconditionally…”

Fittingly, Kennedy’s next speech that afternoon was to an audience assembled to address the mental health needs of children. The conference organizer, the Children’s National Medical Center’s CEO Kurt Newman, pointed to the daily tragedies among kids “that aren’t able to live the lives they ought to be able,” those beyond the high profile incidents that grab public attention, and said “We’ve got to look at what’s going on right under our noses.”