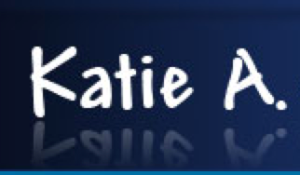 Michael’s biological parents were working hard to get him back, but they needed more time.

Meanwhile, his foster parents were ready to call his social worker and ask that the department place him somewhere else.

Six months after entering foster care, the eight-year-old was referred to Fred Finch Youth Center for services, including a psychiatric evaluation.

Headquartered in Oakland since opening its doors as an orphanage in 1891, Fred Finch provides mental health and social services to children, youth, and their families in four California counties: Alameda, San Mateo, Contra Costa, and San Diego.

It was in San Diego where Michael was referred to the agency’s Comprehensive Assessment and Stabilization Services (CASS) program.

Having experienced significant trauma in his young life, Michael was prone to outbursts and bouts of physical aggression toward his siblings and classmates. He often tore up his room or lashed out at others when he became frustrated, which happened frequently.

Although they had over 10 years’ experience providing foster care to numerous other children, Michael’s foster parents told his child welfare worker that they could not manage his behavior.

“As their placements fail, the outcomes for children and youth plummet,” said Charlotte Moore, senior director of programs at Fred Finch. “Every time a placement fails because it doesn’t meet the child’s needs, that child falls further and further behind.”

This is where Intensive Care Coordination (ICC), one of the mandated services that resulted from the Katie A. vs. Bonta class action lawsuit, comes in. As described in this recent series on The Chronicle of Social Change, Katie A. sought to close the gaps in mental health services for children involved in California’s child welfare system.

The lawsuit produced two settlements, one with Los Angeles County in 2003 and another with the state in 2011. They required the provision of coordinated, home and community-based mental health services for children like Michael under a Core Practice Model established through the settlement process. (Court oversight of the state settlement ends this month.)

Fred Finch began providing ICC services to Michael and his foster parents immediately after his referral to CASS.

Rogelia Becerra, a Fred Finch clinician, coordinated services for Michael. A key part of her job was bringing together Michael’s “Child and Family Team,” one of the elements in the Core Practice Model.

“Part of the reason this team approach is so valuable is because, fundamentally, it takes a family to raise a child, and that family can be both informal and formal connections,” said Patrick Gardner, a lead attorney in the Katie A. lawsuit, and founder and president of Young Minds Advocacy, which is monitoring implementation. “So if you don’t have a strong care coordinator, it just doesn’t work.”

Becerra brought the team together to assess the needs as well as strengths of the child and his family, including natural supports that could remain in place after the services had concluded. Having created a treatment plan out of the consensus of the team she had assembled, Becerra now had to ensure that Michael received
the services he needed.

As a result of the assessment phase of ICC, Michael and his foster family were referred for Intensive Home-Based Services (IHBS,) another Katie A. mandated service. IHBS must be provided when it is determined that intensive support will help the child build the skills necessary to function successfully in his home and community, and likewise, to help the child’s “team” support his ability to do so.

In the next story, we will see if IHBS was enough to help Michael remain with his foster family until his biological parents were ready to bring him home.

Note: The true name of the subject in this story has been changed to protect the child’s identity.