“It is easier to build strong children than to repair broken men.” – Frederick Douglass

Jane Halladay, director of the service systems program at the National Child Traumatic Stress Network, which developed the Think Trauma curriculum for staff members in juvenile correctional facilities, remembers a young man who was very difficult to handle, especially first thing in the morning.

When he woke up, it was as if he had just emerged from battling demons in his dreams. “He was extremely confrontational, aggressive, ready for a fight,” Halladay says. “In treatment, it came out that the staff woke people up by turning on and off the lights – and it came out that he had once been stabbed in the neck and had come to in the ambulance.

END_OF_DOCUMENT_TOKEN_TO_BE_REPLACED

CHICAGO—Across the United States these days, it seems as if hardly a week goes by without a conference or a workshop about adverse childhood experiences (ACEs), and how people are implementing trauma-informed and resilience-building practices in their organizations — including schools, prisons, homeless shelters, hospitals, medical clinics, youth services or businesses.

END_OF_DOCUMENT_TOKEN_TO_BE_REPLACED 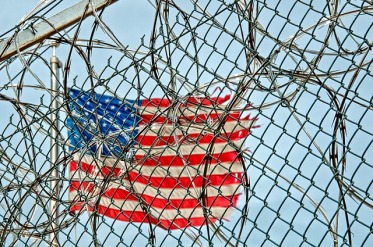 There are three ways to look at how the juvenile justice system is using modern practices to reduce youth crime and violence.

There’s a lot of progress in revamping what happens to kids on the way to detention centers – in fact, 300

END_OF_DOCUMENT_TOKEN_TO_BE_REPLACED

Kenton Kirby (right), head of Make It Happen, smiles with colleague David Grant (left) and a youth in the program. Credit: Make It Happen

NEW YORK — It was dismissal time. Everyone had left the classroom, but John Sadler had to run back to pick up his backpack.  Three of his classmates, boys who were constantly picking on Sadler, were blocking the door on his way out.

“What are you doing, are you stealing?” they asked.

Sadler, 13, knew they were trying to get a rise out of him. “I already knew what was going to happen,” he said.

The boys blocked his exit so he pushed them back forcefully with his stocky legs. He ran down the stairs but was no match for his swift pursuers.

“I got to the bottom of the steps and they jumped me right there,” Sadler said. “They were stomping on my knees, my ankles. They kicked me on my side.” Sadler limped to the shelter where he and his mother were staying.

His mother came to school the next day. “But I couldn’t tell them who did it,” he said. “‘Snitches get stitches’ they said, and I didn’t want that to be me.”

END_OF_DOCUMENT_TOKEN_TO_BE_REPLACED

NEW YORK — When Nell Bernstein, the editor of a youth newspaper, looked at her staff, she saw bright young people at work. But in those years, the 1990s, some looked at those same faces and saw little more than a threat — and began to react with force.

Based on little other than appearance, these young people became victims of the “superpredator” theory. Bernstein described that as “a mythical creature with a hoodie and a black face, with no conscience, no spirit, no soul, who we were asked to believe lived in the bodies of our teenagers.”

Her staff members started getting arrested on their way to work. The arrests got so frequent that some quit, saving themselves from exposure to further targeting.

For Bernstein, seeing her young colleagues unfairly profiled in this way led her to act. In the decades since, juvenile justice reform has become a core theme in her investigative reporting.

END_OF_DOCUMENT_TOKEN_TO_BE_REPLACED

Dr. Amit Sood, a professor of medicine at the Mayo Clinic and founder of the Global Center for Resiliency and Wellbeing, narrates this animation, which he produced after becoming frustrated with how difficult it was to meditate. After he realized that modern humans might need to do meditation a different way, he came up with this approach. Here are a couple of paragraphs from his description:

I was born in India. I like meditation. What is not to like about meditation? It is known to be relaxing, health improving, brain enhancing, and free of side effects. The problem was–after decades of learning and practicing I must confess that  I found meditation a very difficult practice. I had a few good days, but on most days I didn’t even know what I was doing. If after years of practice, this was my state, I can only begin to imagine what others might be going through. It occurred to me
that the busy minds of the 21st Century need a modified version of the practice to access its full benefits. I went back to the drawing board, immersed myself in neuroscience and evolutionary biology.
I started developing a simpler way to access meditation,  which was in many ways very different from what I had learned over the years. Applying those ideas helped my personal practice, but I was still unsure.
In the midst of it all, I met the world’s preeminent authority on meditation – His Holiness Dalai Lama.

A play from the Off the Hook kids’ program put on by the Falconworks Artist Group twice a year. (Photo by Levi Sharpe)

NEW YORK — The houselights went up, dimly illuminating the sea-foam green wall tiles and 40 audience members spread out on cracked wooden seats in the auditorium of P.S. 15 in Red Hook, Brooklyn.

“Can any of you tell me a problem that someone was having?” asked Reg Flowers, as he stood in front of the stage where the actors now sat.

The children sitting in the two front rows raised their hands, some quickly, others with hesitation.

Falconworks Artist Group, a theater group based in Red Hook, has been producing “Off the Hook” for the past 10 years, said founder Reg Flowers, 48. He and co-founder Chris Hammett, 49, put on the eight-week program twice a year to help neighborhood kids channel their problems into workshopped plays that they then write and star in.

After the performance, Flowers encourages audience members to go up on stage and act out their own

END_OF_DOCUMENT_TOKEN_TO_BE_REPLACED

“Raising of America: Early Childhood and the Future of Our Nation” is a documentary series planned to run on PBS later this year. It’s being screened around the country now. The documentary explores how a strong start for our children can lead to a healthier, stronger, and more equitable America. The project grew out of an earlier award-winning documentary about inequality made by the same organization, California Newsreel, the oldest documentary production and distribution nonprofit in the U.S., along with Vital Pictures in Boston.

Of particular interest to the community of people who are interested in adverse childhood experiences is the fourth episode,  “Wounded Places: Confronting PTSD in America’s Shell-Shocked Cities.” The 42-minute documentary can be streamed from the Raising of America site. Earlier episodes are available there as well. “Wounded Places” details the effects of childhood trauma on later life and shows how healing can take place in communities throughout the nation.

Here’s the description of “Wounded Places”:

Wounded Places travels to Philadelphia and Oakland where a long history of disinvestment and racial exclusion have ravaged entire neighborhoods and exposed children to multiple adverse childhood experiences (or ACEs). We meet families and some remarkable young people who have been traumatized not just by shootings, but fear, uncertainty and a sense of futurelessness.

As Stanford physician Victor Carrion explains, “If we are crossing the street and we see that a truck is coming at us, we can manage that situation, get scared, jump, and move quickly. Unfortunately, many children in our society feel like a truck is coming at them all day long, for more days than not, and this really takes a toll.”

END_OF_DOCUMENT_TOKEN_TO_BE_REPLACED

“I trust you to curl my hair,” I said to my twelve-year old as she came at my sizable forehead with a hot electrical appliance.

g something,” I added, “Because those things can hurt and I can count the people I trust on one hand.”

Dang it, I overshared. It wasn’t the first time – but it’s something I rarely do with my daughter.

Tween parenting is so different. By the time I figure it out my daughter will be in another stage. She’s nowhere close to being an adult. But she’s not the same bundle of need she was as a baby, toddler or kid either. For years, she needed me to be secure base, taxi driver, entertainment and all all-around anchor and attachment figure. Sometimes it felt we were sharing the same bone marrow. She still needs me but not with the same ferocious intensity.

Sometimes it’s me asking if she wants to play a game or go shopping.

“You trust Heidi to curl your hair,” she said.

“I do,” I said, “Heidi is so fashionable. There are different types of trust for different people. Some you trust to ask money advice, some you can share your feelings with and some even get a key to your house or car.”

END_OF_DOCUMENT_TOKEN_TO_BE_REPLACED

On Feb. 12, California Attorney General Kamala Harris held a press conference in Los Angeles to announce the creation of a Bureau of Children’s Justice. Its goals range from reducing truancy and combatting childhood trauma, to improving the foster care and juvenile justice systems.

While the mandate Harris outlined was broad, members of the bureau’s new staff said that this was by design. Aside from a handful of specific issues, the office is currently in reconnaissance mode, gathering ideas on improvements to education, juvenile justice and child welfare that it can champion.

“We aim to work with a wide range of stakeholders to find accountability and enforcement gaps,” said Jill Habig, a special assistant attorney general leading the bureau, “which is why we invited over 150 stakeholders to convenings held across the state following the launch of the bureau.”