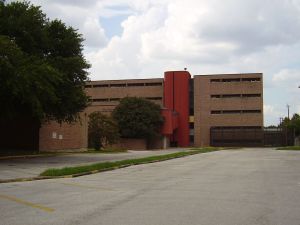 Seventeen years ago, at the age of 16, I sat in a juvenile hall holding cell waiting to be booked in on first-degree murder charges, three attempted murders, a gun and gang enhancement.

In writing this, I had to think about how I ended up in that holding cell. What advice could I give that would help you avoid some of the mistakes I made? How could I put into words the destruction I caused to myself and so many other people so that it could be a lesson?

I asked myself: What went wrong? What did I miss? Why did no one stop me?

What I realized is that people did try to stop me. Things did happen that were the lessons I needed to put my life back on track to avoid that holding cell. There was plenty of advice but I did not care to hear or see it.

There were signs telling me to slow down, to stop, that I was moving too fast. So I will sum up my life lesson, using the signs I missed along the road.

If you do not respect the signs, you will eventually wreck, hurting yourself and others, perhaps fatally. That was me. I drove my life recklessly, not caring about others or myself.

My lack of respect for signs began around 12 years old. I decided that I did not want to listen to my parents. What did they know anyway? I thought I knew everything I needed to know to get by in life. I was my own person.

When they told me to not be out late at night because something bad would happen to me, I would just say, “Yeah, whatever,” and do my thing. When nothing bad did happen, this led me to believe I was right. I got the idea that I did not need to pay attention to the signs. They applied to everyone else but me.

My road to prison had begun.

Soon, I began to run the streets with my friends. All we did was go out, play football against other neighborhoods and get in some fights. People would get jumped so I decided to carry a little tiny knife for protection.

After one fight, I was arrested and taken to the juvenile hall and did about a week for the knife. I thought I was cool; the hall was nothing. I was put on probation and did community service. This was a sign telling me to slow down, that I was moving way too fast, but I kept pushing.

At about 13 I joined a gang. I thought it was the natural thing to do. All my friends were in one. I went from carrying a little knife to carrying a sawed-off, one-shot, 16-gauge shotgun. I thought I was the hardest dude in my neighborhood.

I am not even sure if the gun worked, but I felt respected and feared when I had it. When my homie was caught with it and went to juvenile hall for a year, instead of saying sorry to him or telling myself I should change my ways, I thought I got away with it and bought me a pistol. This would be another sign along the road I missed. I was going to wreck but I could not see it.

By seventh grade, I had to go to probation school. By the ninth grade, I was a straight F student. I dropped out in the first weeks of high school.

Some of my friends were shot, others killed. Because it was not me, I thought I could go on moving at the same speed. After one fight, I was run over and ended up in the hospital nearly paralyzed. The doctor who did the surgery on me said I was lucky to be alive and to get to walk again.

I completely misread that sign because all I took from it is that I was invincible.

At 14, I began smoking weed, drinking and using meth with my friends. Honestly, I never was into drugs but I did not want to be left out. Before I knew it I was hooked and my life became about getting high.

One night, after being awake for several days, I overdosed while standing outside a liquor store at 2 a.m. I felt my body go cold, my eyes close and felt that it was it.

Three days later I woke up, handcuffed to a hospital bed with my parents sitting at my side. Of all the signs, that was the most crucial that I should have listened to.

Literally, this sign nearly stopped me dead in my tracks. Instead, not even a year later, I was back using meth, drinking and smoking weed. I was on the move. I missed another sign.

The last signs came in a rush. They were in the form of my parents, sisters, probation officer and teachers. From 14 to 16, all I heard from them was: Go to school, get good grades, you are going to end up in prison, you are going to end up dead. Stop hanging out with your friends. I responded to all of them the same way I did to my parents when I was 12. I just said “Yeah, whatever,” and did my thing.

They all reached out to me, seeing what I refused to see: that I was on a road to nowhere, headed to a dead-end, somewhere I did not want to go. They saw my speed was way too fast. Everyone saw it but me.

I was in a hurry to get to where I was going — that holding cell I found myself in seventeen years ago at the age of 16.

My final sign was not on May 10, 1998, the day I sat in a juvenile hall holding cell. The final sign came as I stood in a courtroom in front of a judge and he sentenced me to serve a 45-year double-life sentence. The earliest possibility at parole would be in the year 2040. No school teaches you to calculate that math. There was nothing to add up. My life was simply over.

There were no signs left. The road had ended.

That is what I had to tell you about my life. Perhaps it is not good advice. Maybe you think my life today could never be how yours may end up. I hope it does not turn out this way for you.

After all these years, I believe that to have found myself in the holding cell was not bad luck; it was inevitable due to the way I was living and the choices I was making.

What was I to expect; there was no other outcome. I missed many signs, ignored others and simply sped through all. I crashed and burned. That is what happens when you do not respect the signs. Respect your signs. This is my advice.

Miguel Quezada was convicted of second-degree murder at 16 and sentenced to 45 years to life. He has earned a GED, high school diploma and an associate’s degree in social science. He is a founding member of Criminals and Gangmembers Anonymous and works from San Quentin State Prison to empower fellow juvenile lifers and youth through The Beat Within writing workshops and journalism.

David Inocencio founded The Beat Within in San Francisco in 1996.

Weekly writing and conversation workshops are held in many California juvenile halls. The model has been replicated in six states and Washington, D.C. They welcome submissions and new partners. Write to him at dinocencio@thebeatwithin.org.