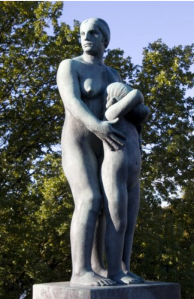 I recently viewed Lady Gaga’s new video, “Till It Happens to You”. I have stifled my rage for a number of years now, because it wasn’t my trauma and the healing process is about meeting someone where they are. But, I am a mother. It is my trauma. It is my rage. It is my guilt.

According to the White House’s web site, 1 is 2 Many: “Over 11% of high school girls report having been physically forced to have sexual intercourse.” Much focus has been on college students, and rightfully so. However, the epidemic of sexual assault is not confined to college campuses. The epidemic is in middle school, high school, college, and beyond.

In 2012, while living in Miami, FL, my oldest daughter — 15 years old at the time (her last name is different than mine, which I will not share) — went to spend the night at a friend’s house. I did not know she had other plans. She was invited to a party, which she attended instead. At the party she was given alcohol spiked with drugs. Apparently it was a gang initiation, and her blonde hair and blue eyes had made her a target. She was gang-raped and tattooed. Those words haunt me. I choke on them. I’ve been a practicing pacifist for a long time, but this rage made me question my core.

I didn’t learn about what had happened until I received a phone call from her high school counselor two weeks after the attack. A student who had witnessed it had come forward and was worried about my daughter harming herself. The school police officer told me there was nothing he could do, because it occurred off campus. Some of the boys apparently were in her school, but I was told I was not allowed to know who they were. No accommodations were offered my daughter. I was told by the school counselor my daughter was seen flirting with one of the boys before it happened, so she thought it was possible the first attack wasn’t an attack. Apparently, the friend who had come forward had cell phone video of the attack, which the counselor and school officer watched. I was told I wasn’t allowed to talk to the friend or see the video.

We were told no disciplinary action would be taken, because there was no real proof — apparently the cell phone video and words of her friend were not enough. My daughter refused to talk about it. I contacted the city police department, since it occurred in city limits. I had to pull strings to get a detective from the special victims unit to respond. My daughter still refused to make a statement. The detective’s first question of me was to ask me her sexual history. I told him that wasn’t relevant. He then told me without a statement from her there was no investigation. I told him there was a cell phone video and a willing witness. He reiterated that without a statement from my daughter there was no investigation.

I quit my job, a job I loved. I moved 1,600 miles back to Northern Michigan where she was born, and we had previously lived. I took a 60% pay cut. I gave her resources for counseling. But still, my daughter went off the deep end. She left home.

I didn’t give up on her. I didn’t always know where she was, but I texted her every morning and every night that I loved her. I received word she was being suspended from her school in Michigan due to lack of attendance. I cried. It was my rage. It was my trauma. It was my guilt.

For six months she lived apart from me, mostly couch surfing. She got a job for the summer. Then, she called me and told me she had re-enrolled in school. She had found support with a local counselor. She asked me to give her rides to and from school. I did. She graduated. She now has a boyfriend. They live together and are expecting their first child, my grandchild.

My rage still haunts me. My grandson will arrive soon. I love him already. I will love him and protect him and teach him to love, with my daughter and her boyfriend. I now vow to replace my rage with efforts to bring change. I will continue to fight for those not heard, not believed.

My rage, my trauma, my guilt will no longer haunt me, but maybe it will bring change. I encourage you to join me. Let us be the voice to end sexual abuse and trauma at all ages. Let the shock of college campus sexual assaults move us to open our eyes and see what is happening in our middle schools and high schools. Let us hold middle schools and high schools accountable in the same way we are demanding higher education be held accountable.