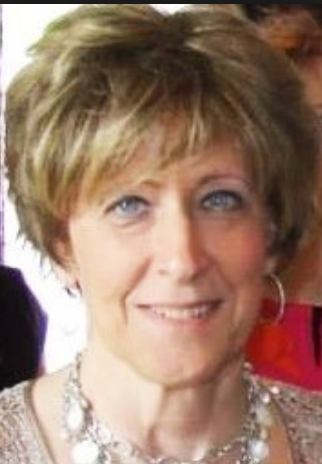 Juan (name changed), convicted of aggravated assault at 21, has been in solitary for five years. He has seen and experienced it all: brutal cell extractions, hunger strikes, flooded pods and endless hours spent screaming at his cell door.

By the time I met him, he’d racked up over 80 misconducts in numerous prisons and earned the enmity of most of the officers forced to deal with him. Hardly your model inmate.

Yet from our very first visit, I was struck by the humility and sadness in his eyes. Somehow, despite his “bad-boy” reputation, I sensed there was more to him, something worth saving.

Unfortunately, that was not an opinion shared by the officers at State Correctional Institution (SCI) Camp Hill. While corrections officers now receive some mental health training, most still have a mind-set geared toward control and punishment, not mental health care. So it was probably inevitable, given Juan’s conduct, that he would have a rough road in prison and numerous conflicts with staff.

But I am a registered nurse, not a corrections officer. My training never presumed that harsh punishment was the best cure for behavior disorders. A few months after I met Juan, he sent me his medical records, which were a depressing read to say the least.

Addicted to crack at birth, a victim of severe child abuse and neglect, four suicide attempts as a teen, multiple mental health hospitalizations and a diagnosis of bipolar disorder. If that weren’t enough strikes against him, an MRI of his head revealed mild brain damage, presumed to be the result of a beating by his parents. In my view, this was a kid who never had a chance.

“Do you have any contacts or support on the outside?” I asked during that first visit.

Juan looked down but not before his eyes clouded over. “No.”

“Not even a friend — or some other relative?”

“No. There’s nobody,” he said quietly.

I smiled reassuringly, hoping it conveyed the right amount of support without leaving the impression I felt sorry for him. But it was hard not to. Far too many young people, seriously abused and neglected as kids, end up right where he is.

Some enforcement types refer to people like me as “hug a thugs.” I know how they think because I used to be one of them. My grandfather was a New York City police officer. My husband is a retired wildlife conservation officer.

I come from a long line of ultraconservative Republicans with little sympathy for prisoners. I proudly considered myself an advocate for victims, morally superior to the “bleeding hearts” who predictably line up in defense of misfits and felons.

But what I had failed to realize is that in some cases, those who commit crimes were horribly victimized too. I shuddered recalling what I’d read in his record — how his mother smeared feces in his face to punish him. Who wouldn’t be affected by something like that?

Over the next few months Juan began to let down his guard with me. Even though he continued to be a problem for some of the officers, I was convinced his misbehavior was the result of hopelessness and despair. One day he confided something that took my breath away: “My biggest fear,” he wrote, “is that I will die someday never being loved — by anyone.”

Right then I knew the isolation and harsh punishment he received in the Special Management Unit, designed for problematic inmates without mental illnesses, would never save him or turn him around. Juan needed to know that someone valued and believed in him, so he could learn to believe in himself. But prisons don’t operate under the principles of Maslow’s Hierarchy of Needs. Clearly I had my work cut out for me.

As I continued to visit Juan, I was increasingly able to see glimpses of his true character, and the person he wanted to be. He often berated himself over his conduct, and wished he were better at controlling his behavior and moods. “I hate being like this,” he said. “I worry God has given up on me.”

With some encouragement, however, he began to set goals and asked me to assign him homework or essays on how to control his anger. But to my surprise, when I wanted to order some books for him, he urged me to wait. “Please don’t get me anything until I prove myself to you,” he wrote. “If I don’t get any misconducts this month, then maybe you can get me a book.”

Those were the kind of communications that assured me Juan was not irretrievably lost, despite his protracted reputation for misbehavior. He yearned to improve, to give someone a reason to be proud of him. While I understood the need to segregate him given his unpredictable behavior, he responded well to positive reinforcement and short-range goals and incentives.

Regrettably, he would never receive that in the Special Management Unit. I wrote a few polite letters to prison administrators, expressing my concern about his placement there.

Unfortunately, those concerns were not well received. I was told he did not have a mental illness, despite the fact that his medical records clearly stated otherwise. That response and Juan’s continued difficulties concerned me enough to continue to visit and advocate for him, but it was to no avail. My visiting privileges were terminated and a month later, Juan was shipped to another prison, more than a hundred miles away.

At that point, things looked pretty bleak for Juan and his behavior deteriorated even further. But a miracle loomed on the horizon, thanks to some unusually progressive prison staff.

“I went crazy when they wouldn’t let me see you anymore,” Juan said, after I was able to visit him at his new prison. “When they took away the little support I had, I lost all hope.”

But a year after his transfer, my husband and I were invited to SCI Forest, where we were greeted warmly by staff. The superintendent had just approved a special four-hour contact visit with Juan as a reward for months of good behavior.

“I didn’t want to tell you until I was absolutely sure,” Juan gushed, a few weeks before our scheduled visit. “But I am so happy! I love these officers and I love the superintendent! He is a great man! And I have a job now too. I am a block worker and I do the very best job I can. I want to honor these people for the chance they gave me. I can’t say enough about them!

And indeed he can’t. Juan sings their praises in almost every letter I get from him. Whereas in other prisons he busied himself writing grievances, now Juan delights in writing thank you notes to the superintendent and his staff, and the walls of his cell are plastered with their encouraging replies.

How was this young man, once one of the worst-behaved inmates in the Pennsylvania Department of Corrections, able to make such a dramatic improvement? Much of the credit for that must go to the staff at Forest, who recognized the desire Juan had to improve and how to best help him achieve it.

Instead of viewing my involvement as a hindrance, they recognized that his hunger for loving human bonds could be beneficial in molding his behavior and bringing him to stability. But most of all, they demonstrated true compassion; a vital element too often missing in the process of rehabilitating young men like Juan.

Later, as my husband and I walked into the visiting room, Juan rushed toward us, wrapping us in hugs, reluctant to let go. Hardly surprising. It was the first warm, human embrace he’d received in eight long years.

“Thank you so much,” he said tearfully. “I promise you that I will keep doing my best. I want to honor everyone for what they have done for me. This is the best Christmas I ever had in my life.”

I thought about the bond Juan and I had developed, the awful abuse he’d endured as a child, and the desperate futility I felt when I was prevented from giving Juan what he needed most to heal — until now.

Cindy Sanford is the author of “Letters to a Lifer: The Boy ‘Never to be Released.’” She is a registered nurse and a prison volunteer. She is married to a retired law enforcement officer and is the mother of four sons.