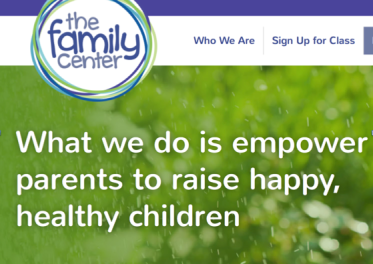 A father in county jail is ordered to take a parenting class, but isn’t too enthusiastic about it. As part of the class, he learns about the ACE Study, and does his own ACE score.

“Oh my god!” he announces to the class. “I have 7 ACEs.” His mother’s an alcoholic. His dad’s been in and out of jail. He himself started dealing drugs at age 11, and doing drugs at 14.

“I’ve got two kids at home experiencing the same things I did,” he says. The light bulb goes on.

A few days after a woman who’s ordered by the court to take parenting classes learns about her ACE score, she quits smoking.

“I’ve been smoking for years,” she tells the class. “My ACE score was one of the reasons.” She quit, she says, because she decided smoking wasn’t helping her children.

Another parent of three kids was saddened when he did his ACE score.

“What’s coming up for you?” asked Jennifer Martin, who was leading the class. Martin is parent and community educator for the Family Center in Nashville, TN. Last year, it added a module about adverse childhood experiences and their consequences to their parenting education program, Nurturing Parent. The results have astounded and enlightened instructors and students alike.

“This explains so much,” he tells Martin. “It explains why I did half the things I did when I was a teenager….why I did them to such an extreme. There was no other way to express what was going on in my life.”

“Understanding his ACE score allowed him to have some grace for himself,” Martin explains later.

Since April 2014, more than 1,100 parents have learned about ACEs in parenting classes in three jails and two treatment facilities in Davidson and Rutherford counties, and in four classes at the Family Center. The entire set of parenting classes lasts eight weeks; in the county jails, they last six weeks.

After taking the course, most parents develop much more empathy for their children, and most lower their risk for physically punishing their children.

Before I go any further, it’s time to explain what ACEs are and why they affect parenting….all parenting.

ACEs refers to the groundbreaking CDC-Kaiser Permanente Adverse Childhood Experiences Study (ACE Study). The ACE Study showed how childhood trauma is linked to the adult onset of chronic disease, mental illness, violence and being a victim of violence. It measured 10 types of childhood adversity, those that occurred before the age of 18. They are physical, verbal and sexual abuse; physical and emotional neglect; a family member with mental illness, or who has been incarcerated or is abusing alcohol or other drugs; witnessing a mother being abused; losing a parent to divorce or separation.

The researchers found that the higher a person’s ACE score, the greater the risk of chronic disease and mental illness. For example, compared with someone who has an ACE score of zero, a person with an ACE score of 4 is 12 times more likely to attempt suicide, seven times more likely to become an alcoholic, and twice as likely to have heart disease. People with a score of 6 or higher have shorter lifespans – 20 years shorter.

The ACE Study is part of a new understanding that’s sometimes called a “unified science” of human development. This ACEs science includes:

Resilience research and practice is very broad. It includes individual resilience — such as how exercise, nutrition, being in a safe relationship, (for a child) being in a relationship with a trusted adult, living in a safe place, and mindfulness all contribute to a healthy brain and body. It includes organization, system and community resilience — such as how trauma-informed, resilience-building high schools help teens with high ACE scores increase their grades, test scores, graduation rates, sense of well being, and hope for the future. It also includes how parenting classes informed by ACEs science can change parents’ relationship with their children.

Most parents who take the Family Center’s classes are ordered to do so by a judge. 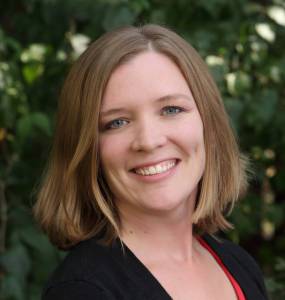 “Almost all of them are living in extreme poverty – their income is under $15,000 a year,” says Jennifer Trail, director of programs.

Not only have these parents suffered the types of trauma that were measured in the ACE Study, but they have also experienced other types of adversity, such as witnessing violence outside the home, bullying, racism, and involvement with systems that can traumatize, such as schools with zero-tolerance policies, the foster care system, juvenile justice, law enforcement and the criminal justice system.

The approach taken by the Family Center educators is to use ACEs as a tool to empower parents and not guilt them. They educate parents on the healing power of safe, stable and nurturing relationships and how these reduce the severity of the risks of adverse childhood experiences.

“If they are part of a cycle that they become aware of,” says Martin, “they want to know what they can do about it. It’s very powerful for them.”

Although the module is taught in the context of stress, that’s not what the parent educators ask about first. The beginning of the class goes like this:

“What do you want for your kids?” asks the parent educator.

The answer is usually: “Success.”

“Being happy, healthy, having a good job.”

That leads into talking about stress: “Stress keeps things you want for your family from happening,” says the educator.

And then she explains about:

She explains Dr. Dan Siegel’s “flip your lid” model, which is a simple and effective way of understanding how the brain works to control emotional responses….or not. Parents learn that if they see a child who’s having a tantrum, that’s “flipping your lid”. The parents give examples from their own kids, and the parent educators tie that in with toxic stress.

“Our parents love brain science, being privy to that knowledge,” says Martin.

Then, the parents are told about the background of the ACE Study, and everyone in the class fills out a 15-question ACE survey and scores it. (The survey separates some of the questions from the original 10-question ACE survey into two or three questions, but the scoring system still goes from 1 to 10.) And then they talk about the results. They don’t have to reveal their scores or how they answered. Whatever comes up is fine. Some parents share information about their ACEs and how many they have. Some don’t. Some remember experiences that they’ve blocked out for 30 years.

“People are very touched by the information,” says Martin. “It was a huge reservation of ours, how to handle strong feelings if they came up.”

But they figured it out. By not skirting over the impact of the results and the feelings that come up for parents, the parent educators have found that they actually help empower the parents. They do this by explaining and showing the parents that they’re going to sit with them through the discomfort, that they’re willing to listen and acknowledge.

“I think it helps them normalize those emotions that nobody affirmed in them when those traumas happened to them,” says Martin.

Many recognize that their children have ACEs; they want to know what to do to help them, and how not to increase their kids’ ACEs.

That’s when the class moves into talking about resilience.

And what comes out of this is that parents understand how their own parents passed ACEs on to them, and their parents inherited ACES from their parents.

“So you’re telling me it’s not all my fault,” they say. “I thought everything was my fault.”

That’s an important realization. Children’s brains are structured so that they think that they are at the center of the universe; they often think they’re responsible for the actions of those around them. So, unless they’re told otherwise, they will often believe — into their 40s, 50s and 60s — that they’re responsible for their parents’ divorce, for example, or that somehow they deserved the physical or sexual abuse they suffered. Often their parents had reinforced that by telling them that they were born bad, and that they deserve punishment.

In the class, the parents are encouraged to create a plan to manage their daily stress. “If you manage stress, you’re creating support around your own ACEs,” Martin explains to them, and the parents learn how managing their own stress helps their kids.

Besides learning about ACEs science over the six or eight weeks of classes, parents also become familiar with effective discipline – without hitting — and managing child behavior.

At the end of the classes, the Family Center measures changes in parents’ understanding and beliefs about their children.

Parents’ empathy for their children increased because they began to understand that when their children “misbehave”, they aren’t trying to intentionally anger the parents. “Acting out” or “misbehaving” is children’s normal response to trauma in their own lives. As a result, parents become more engaged in wanting to know how to help their children.

Other measures that show improvement include parents’ beliefs about their kids’ independence and autonomy, their understanding of family roles in which children sometimes take on the role as family caregiver when parents erroneously believe their children should comfort them, increased knowledge about their children’s development and expectations they have for their children.

The majority of parents in the classes are motivated by the knowledge of ACEs science to make changes in how they parent their children. They say that they don’t want their ACEs to be the end of their story.

“There’s a very small percentage that don’t want the information or aren’t ready,” says Martin. “That’s okay. We fully believe in the power of planting seeds.”

What’s clear to Martin, she says, is that “everybody needs to know this.”

That goes for Family Center staff members, too, who have also tallied their own ACEs scores. The organization has developed policies and procedures around compassionate care and self-care to mitigate vicarious trauma, and trauma-informed, resilience-building practices are in the agency’s strategic plan.

Besides adding the ACE module to its parenting classes, the Family Center has been educating funders, donors and people from other sectors in the Nashville community. They also developed a training program for other providers on appropriate and sensitive ways to administer the ACE questionnaire to the people they serve, and reasons why it’s helpful to the agency and to their clients.

As more people learned about ACEs science, a group of organizations — including the Family Center, Prevent Child Abuse Tennessee, and the Metropolitan Public Health Department of Nashville — founded ACE Nashville in October 2015 to lead the city to becoming a trauma-informed, resilience-building community. The organization hosted its first annual summit — Healthy Nashville — last month, which 400 people attended.

ACE Nashville has also decided to train all public health staff and the staff of the organizations they work with about ACEs. And they’ll be working to integrate a “health in all policies” strategy to assist leaders and policymakers to “integrate considerations of health, well-being and equity during the development, implementation, and evaluation of policies and services,” says Trail.