Sauntering on stage to the beat of Everyday People by Sly and the Family Stone, four “heroes” of the ACEs movement took their seats for a panel on trauma-informed and resilience-building communities on October 21, the last day of the 2016 Adverse Childhood Experiences Conference in San Francisco.

After the music stopped, panel moderator Jane Stevens, founder and publisher of ACEs Connection Network, explained that the presentation would be based on a video animation by Matthew Winkler. He, in turn, was inspired by Joseph Campbell, who explored the common themes of a hero’s journey from stories around the world in his book, The Hero with a Thousand Faces.
Stevens introduced Teri Barila, who cofounded the Children’s Resilience Initiative in Walla Walla, WA; Dr. Ariane Marie-Mitchell, who teaches and does research in the Preventive Medicine and Pediatrics Departments at Loma Linda University in San Bernardino, CA; and DeAngelo Mack, who manages the Sacramento Violence Intervention Program at WellSpace Health in Sacramento, CA.
And then, like magicians, the four people on stage pulled out Dr. Seuss hats – tall, broad brimmed hats with the familiar red and white stripes – and put them on their heads. They all opened up what looked like children’s books, and taking turns, each started to take the audience along for an ACEs journey. 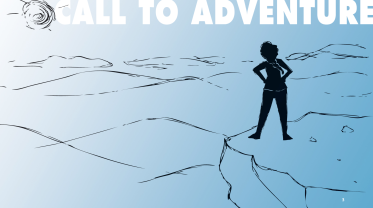 And mined it deep for more information

There she found mentors a plenty

And many good heroes who are very senti…..ent.

They all said to her, “Patience, we want you!

And, by the way, your community, too!

If I start down this road, it could be curtains!

The heroes said to Patience: “Your thinking’s askew!”

“Take the ACEs journey! You’ll have a breakthrough!

We’ve been doing it all wrong, we’re tied in a knot!

We can finally solve our most intractable conditions.

Blame and shame and punishment’s sufficient.

Why should we consider something that’s different…

From the strait, the narrow, the tried and the true?

Because, Patience said, that doesn’t work….

[Time out! She wanted to say “you fool”, not only because it rhymes. But she realized she’d better walk this trauma-informed talk and let the people who make faces come to ACEs at their own paces…..with gentle nudging. ]

Knowing this was a community thing,

That people together would give the movement wings

And they all volunteered to be ACEs heroes, too.

They got a little funding, made 500 presentations

They found a few folks to do ACEs implementations.

Be better moms and dads. You should see their happy faces!

So when a kid gets into trouble, they ask: What will you be needing?

A house for your family? A job for your mom?

Kids and people, they’re just hurting way too much.

We’ve just lost our funding. My heroes are losing heart.

I can’t keep going! I’m just not that smart.

In a dream that night, her mentors were there.

Most everyone in town now talks about ACEs.

And you’ve had some very successful cases.

Keep bringing people in! Don’t leave your city in the lurch!

And then one day the city council said.

This ACEs science – it’s the best thing since sliced bread!

It’s the bees’ knees. It’s the top of the heap!

We believe in you, Patience, and your ACEs peeps.

And we’re providing you with all the funding you need.

Today Patience has her own ACEs building

A team of paid heroes that help families and children

And organizations. And systems. And the community…

To stop traumatizing traumatized people and be self-healing.

The work has just begun, this Patience knows.

And that’s just in the United States, you know.

There’s the city next door, the town down the way.

All have to get to the point where they say

Of blame, of shame and punishment.

Is what we’re meant to do

For the rest of our lives.

This is so true!

Afterwards, Barila, Marie-Mitchell and Mack told the real stories of their journeys of integrating practices based on ACEs science in their communities.

Barila said she started her journey with no road map, after a conference at which Dr. Robert Anda, co-principle investigator of the CDC-Kaiser Permanente ACE Study, told attendees to “go home and make something happen,” she said. “He told us change would happen when every individual in every community, said to her/his physician I want you to know my history; you can’t be treating me if you don’t know my family history.”

At a conference she hosted in Walla Walla a year later, Barila was further inspired by a woman who stood in front of nearly 200 people after Anda did a presentation and said: “I just found out I have all 10 ACEs. I heard Dr. Anda say, ‘Your childhood and the way you were raised was not your fault.’ I am not the bad person I was made to believe I was.”

Over the next three years, Barila and others educated people in various sectors about ACEs science, and recruited champions to put ACEs science into practice in many areas, including housing, the police department, parent advocates and Lincoln High School, an experience that was documented in Jamie Redford’s film, Paper Tigers. She faced her crisis when, as a result of the Great Recession, the state pulled funding from a network of communities, including Walla Walla, that had been integrating practices based on ACEs science. With the support of her community champions, and the momentum that had grown, she was able to find enough funding to scrape by for a couple of years until the initiative received sufficient funding to support her work.

The lesson is that perseverance and focus are the keys, she said. Barila’s been described as a pit bull with a smile, and it’s obvious she takes this as both a compliment and an asset in moving ACEs from awareness to action, the theme of this year’s conference.

Reading her script from the pages of the pretend children’s book, Marie-Mitchell said she found it difficult to get ACEs accepted by other pediatricians, so she started doing research to demonstrate its usefulness. Her first research publication showed that parents of four and five-year-old children could report what ACEs their child had experienced, and how that parent report predicted the child’s risk for speech delay, behavior problems and injuries. She found that Loma Linda had progressive prevention and pediatric departments, and joined the hospital as an assistant professor, where she began the long road to setting up a protocol to screen patients for ACEs.

Her crisis arose when the managed care organization for MediCal beneficiaries in San Bernardino County walked back its approval of a combined screening form that Marie-Mitchell had developed, forcing her to stop screening patients. While she resubmitted all the forms for approvals, she and her colleagues used the time to improve the questions.

She also formed an ACEs initiative in her county to locate resources, and to set up ACEs and resilience-building trainings for pediatricians, teachers, law enforcement and others. The lesson, she said, was to keep moving, like the water that flows around a rock so the river can keep on running.

“As for me,” she said, “I’ve become the kind of doctor I wanted to be. At one point, I was working alone, aware of ACEs but not sure what to do. Now I have a community of co-conspirators and it is fair to say that our work involves saving lives.”

Mack titled his chapter, “Knowledge of ACEs Can Help People be Truly Free”. The aim of his program in Sacramento is to advance racial justice as part of ACEs action. He described his experience in a local hospital that treated many victims of gang violence. The hospital provided no follow-up care after releasing the victims, so the rate of return victims remained high. Many of the injured gang members lacked male role models or mentors, so Mack’s program introduced these services.

As a result of helping 600 families over nearly seven years, the re-injury rate went down to less than 3 percent. They created prevention programs that have been replicated across the county.

“One particular program we helped implement was key in producing a shooting free summer in one of the hardest hit neighborhoods in the city,” he said. “This was the first time in 15 years that this had occurred.”

But the activist who describes his style as more like a minister’s said he felt something was still missing.

“We had been very successful in checking a box and meeting our goal of helping clients remain injury free while in our program,” he said, “but a question was raised by a colleague of mine and that question was, ‘Are our clients truly free?’

“So, we decided that we wanted to not only focus on success but also liberation,” he continued. “We began teaching our clients about generational and historical trauma early in our relationship with them. Knowing that the reason people perish is because of lack of knowledge or awareness, we shared the ACE Study with them and talked about their scores and the links to some of the social problems they were experiencing.

“This finally gave them a foundation to start working on the root causes of their issues and no longer just the branches. This newfound awareness has helped to deepen the work we do and has helped clients begin to break their cycle of trauma,” he said.

To wrap up the presentations, Stevens showed the 100 Million Healthier Lives “Mapping the Movement” map, a network of networks that features many health initiatives across the globe. Within the next couple of months, ACEsConnection.com will be adding more than 100 community ACEs initiatives to the map.

The map reflects a small part of the work of ACEsConnection to connect, curate, cultivate, and communicate in the communities, cities, counties, and organizations propelling the ACEs movement forward. More than 11,300 ACEsConnection.com members now share ideas on the network; the map will dynamically illustrate the reach and range of this ACEs activity.

The panelists ended their presentation with this message to the audience:

Now that we’ve come to the grand finale,

Here’s the moral of this remarkable story.

You all are heroes or soon can be.

Now that you know ACEs science, you can rally.

And saying: I can manage!

To change the world.

All you have to do…

Is rock around this clock

And then start over.