Fear is what I often fight when talking about ACEs — adverse childhood experiences. It’s not my fear though. It’s the fear others have about all things ACEs. Adversity. Abuse. Addiction. Abandonment. Neglect. Dysfunction.

When I found out about ACEs I was overwhelmed with joy. I felt radical relief. What I experienced was a profound sense of validation. It was epic.

I also felt rage because the CDC-Kaiser Permanente Adverse Childhood Experiences (ACE) Study and related science hadn’t been shared with me. Not my doctors, therapists, shrinks, teachers, social workers or anyone while I got ready to become a parent.

It’s a movement and a mission and the meaning is beyond me. 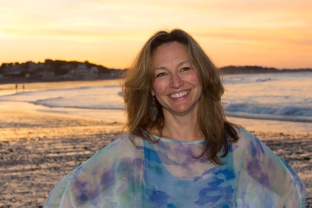 The ACE Study looked at 10 types of childhood trauma: physical, emotional and sexual abuse; physical and emotional neglect; living with a family member who’s addicted to alcohol or other substances or who’s depressed or has other mental illnesses; experiencing parental divorce or separation; having a family member who’s incarcerated, and witnessing a mother being abused. Other subsequent ACE surveys include racism, witnessing violence outside the home, bullying, losing a parent to deportation, living in an unsafe neighborhood, and involvement with the foster care system. Other types of childhood adversity can also include being homeless, living in a war zone, being an immigrant, moving many times, witnessing a sibling being abused, witnessing a father or other caregiver being abused, involvement with the criminal justice system, attending a zero-tolerance school, etc.

The ACE Study found that the higher someone’s ACE score – the more types of childhood adversity a person experienced – the higher their risk of chronic disease, mental illness, violence, being a victim of violence and a bunch of other consequences. The study found that most people (64%) have an ACE score of one; 12% of the population has an ACE score of 4. Having an ACE score of 4 nearly doubles the risk of heart disease and cancer. It increases the likelihood of becoming an alcoholic by 700 percent and the risk of attempted suicide by 1200 percent. (For more information, go to ACEs Science 101. To calculate your ACE and resilience scores, go to Got Your ACE Score?)

The ACE Study also found that it didn’t matter what the types of ACEs were. An ACE score of 4 that included divorce, physical abuse, an incarcerated family member and a depressed family member had the same statistical health consequences as an ACE score of 4 that included living with an alcoholic, verbal abuse, emotional neglect and physical neglect.

This one study has done more for me than decades of therapy in helping me understand the impact of post-traumatic stress.

I want that for others. This information should be shared and with people as much as possible. It’s not negative, depressing or upsetting.

Adversity is negative, depressing and upsetting. Trauma is traumatic. But understanding ACEs and their impact is amazing, incredible, medicinal, healthful and hopeful.

It’s hard to convey that deeply and emphatically enough.

I HAPPY CRIED when I saw that others my age, with my ACE score, had been prescribed anti-depressants or anti-anxiety medication. 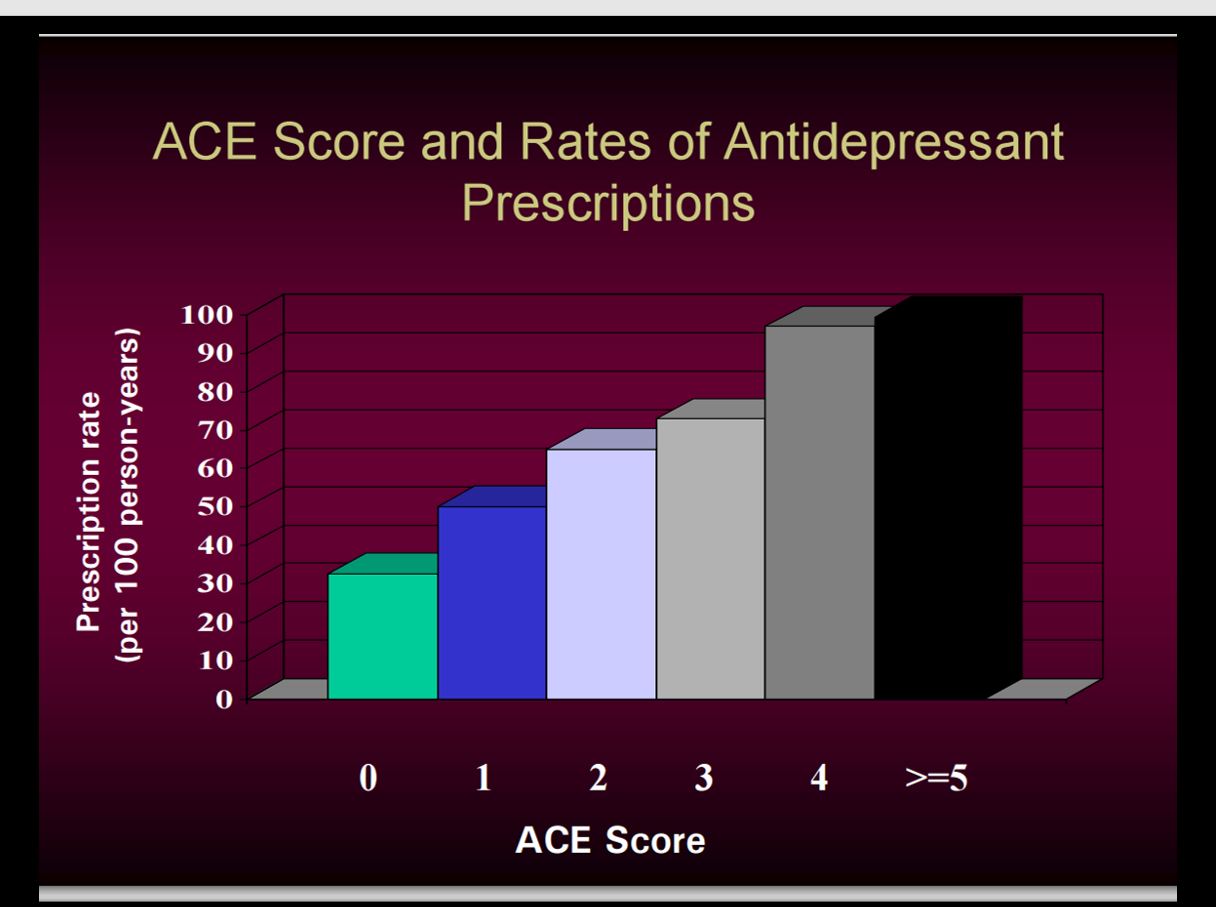 It’s not just me? I’m not just weak or a failure or too sensitive?

For the first time, I understood it’s not just a personal problem; it’s a social issue. It’s a cause-and-effect thing.

I began hunting for what people with a lower score got that I lacked. I stopped looking for my fundamental flaw or berating myself for showing signs of wear and tear.

This is a profound shift.

It has practical benefits as well.

I can talk about ACEs, in general, without having to detail my entire story every time I need to go to the doctor or therapist or psychiatrist.

For example, recently the behavioral medicine person at my HMO changed. I had to meet with a new 30-something to prescribe my generic Paxil.

She started to ask me about my life story and history.

“What’s that mean?” she asked.

I told her about the ACE Study, the CDC website and ACEs Connection Network, which includes this site, ACEs Too High, and ACEs Connection, a social network for people who are implementing trauma-informed and resilience-building practices based on ACEs science.

She then asked again about my childhood.

“It’s in the file,” I said. “If you want to read it, you can; but knowing my ACE score is enough. Over 90% of people in my age group with my history struggle with anxiety and depression. I’m just here to manage my PTSD.”

I was polite and calm and clear that I didn’t want or need to detail my entire life story. I didn’t want to go into daddy issues or feel shame about abuse or talk about the worst things ever done to me. I’m close to 50.

“This is actually just a drug run,” I said. “I need you to fill my prescription. My PTSD is well-managed. I’m not looking to discuss or process or get feedback. I just need that prescription.”

I was polite but I’ve had PTSD about as long as she has been alive. I do not want to share the story of what caused my PTSD every three months and certainly not with a total stranger.

Having the language of ACEs, for me, is empowering. I share information she needs in order to write me a prescription but in a way that doesn’t make me feel over-exposed.

I LOVE that. To me, that’s not a repetitive waste of 20 minutes that often is sad, triggering and depressing. Instead, some young, new doctor got to learn more about ACEs, which is about me and about everyone else, too.

Learning about ACEs has not “cured” my PTSD. Going to therapy hasn’t cured it either and takes a lot more time and energy, but no one ever says that shouldn’t happen.

Learning about ACEs has normalized the heck out of almost every symptom I have battled, mostly in isolation, for most of my life.

And that’s what makes me a broken record about ACEs. That isn’t happening anywhere else for people like me.

I found something that helped me go from feeling like a failure as a human being on the most fundamental level, no matter how much I tried, to just a human being, who like every other human being, is impacted by ACEs.

It means traumatic stress is caused by toxic adversity in ways that aren’t all that much of a mystery.

This, just this, all by itself and without doing anything else, is helpful and huge and hopeful.

The only thing depressing about ACEs is that this information wasn’t offered to me sooner when I was younger because it would have helped my healing, parenting and traumatic stress.

I think the ACE questionnaire and study shifts the “what’s wrong with me question?” and changes it to “what happened to me”, as well as:

Knowing about ACEs helps me prioritize being available, patient and present as a parent because I now know it’s just as important as if my daughter gets her vaccines, to school on time, and enough to eat.

Think of all the time we worry about fast food, texting and how much sugar our kids eat. What if we talked about ACEs as much?

Why would anyone keep this information from people? I don’t understand.

And honestly, we are stigmatized by the fear of others who are so uncomfortable about what we have lived with and through that they treat us like we are broken or damaged.

I used to compare myself with others thinking I couldn’t measure up. But I realize it’s not just that they eat more kale or work out or have a more optimistic outlook. They got attachment, stability, and safety and it fortified them, sometimes for life.

So while it’s true that I can’t change my past. I can change the impact of that past with what I now know about ACEs, in the present. I can understand more why my parents were not able to do so and why it’s been hard for me. With all that, I can help change the future.