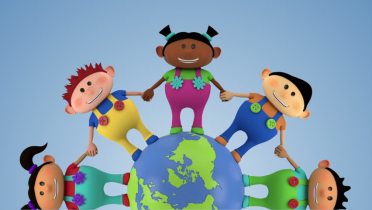 Since August 2016, more than 300 three-year-olds who visit Kaiser Permanente’s pediatric clinics in Hayward and San Leandro have been screened for adverse childhood experiences (ACEs), such as living with a family member who is an alcoholic or losing a parent to separation or divorce. But when the idea to screen toddlers and their families for ACEs was first broached at the Kaiser Permanente Hayward Medical Center, the staff were, in a word, “angsty,” says Dr. Paul Espinas, who led the effort.

The staff was worried that if they screened for ACEs, their interactions with patients would be negative. However, an off-site weekend training for pediatricians in October 2015 changed all that. 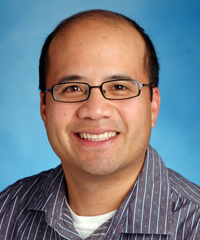 One of the most significant takeaways from the training – which included an Alameda County public health expert and area experts in domestic violence, toxic stress, resilience and community health from the Kaiser system — was learning about the important connections between high ACEs scores and health outcomes, Espinas explained.

“ACEs are the new cholesterol,” he said. “If you don’t screen for it, and you don’t look for it, you’ll never find it, but it has more health impacts than you imagine.”

ACEs comes from the CDC-Kaiser Permanente Adverse Childhood Experiences Study (ACE Study), groundbreaking research that looked at how 10 types of childhood trauma affect long-term health. They include: physical, emotional and sexual abuse; physical and emotional neglect; living with a family member who’s addicted to alcohol or other substances, or who’s depressed or has other mental illnesses; experiencing parental divorce or separation; having a family member who’s incarcerated, and witnessing a mother being abused.

Subsequent ACE surveys include racism, witnessing violence outside the home, bullying, spanking, losing a parent to deportation, living in an unsafe neighborhood, and involvement with the foster care system. Other types of childhood adversity can also include being homeless, living in a war zone, being an immigrant, moving many times, witnessing a sibling being abused, witnessing a father or other caregiver or extended family member being abused, involvement with the criminal justice system, attending a school that enforces a zero-tolerance discipline policy, etc.

Thirty-eight percent of children in every state have at least one ACE, according to an analysis of the 2016 National Children’s Health Survey by the Child & Adolescent Health Measurement Initiative (CAHMI) at the Johns Hopkins Bloomberg School of Public Health.

The epidemiology of ACEs — i.e., the ACE Study and other surveys — is one of five parts of ACEs science, which also includes how toxic stress from ACEs damage children’s developing brains; how toxic stress from ACEs affects health; and how it affects our genes and be passed from one generation to another (epigenetics); and resilience research, which shows the brain is plastic and the body wants to heal. Resilience research focuses on what happens when individuals, organizations and systems integrate trauma-informed and resilience-building practices, for example in education and in the family court system.

The ACE Study found that the higher someone’s ACE score – the more types of childhood adversity a person experienced – the higher their risk of chronic disease, mental illness, violence, being a victim of violence and several other consequences. The study found that most people (64%) have at least one ACE; 12% of the population has an ACE score of 4. Having an ACE score of 4 nearly doubles the risk of heart disease and cancer. It increases the likelihood of becoming an alcoholic by 700 percent and the risk of attempted suicide by 1200 percent. (For more information, go to ACEs Science 101. To calculate your ACE and resilience scores, go to: Got Your ACE Score?)

Equally important was that the pediatricians attending the training had the opportunity to talk about ACEs and look inward: “It gave physicians time to process their own feelings about how they regard their own lives and their families’ lives,” said Espinas.

He said that although Kaiser Hayward and San Leandro’s pediatric clinics have not done confidential ACEs surveys of their own staff, giving staff time to reflect on the adversity that they may have experienced and the resources to deal with it – as had been provided at the off-site training — is essential.

“From my perspective, to become more trauma-informed, you have to give your staff physicians space to deal with whatever trauma they may have experienced in their lives,” said Espinas. “I think it makes them more empowered to help treat this if they’ve processed all that stuff first.”

Espinas said that the offsite training also won over the clinics’ leadership in supporting the effort to introduce ACEs screening into practice. The chief physician, who attended the offsite training, was excited about it, he explained. Without buy-in in an organization as large as Kaiser, said Espinas, such an effort could easily get “lost in the shuffle” among numerous other competing interests.

With support from decision-makers, Espinas said the clinic decided to introduce the screening during the three-year-old wellness visit. They chose that time because there are few forms to fill out and shots to be injected, and “a lot of developmental issues have calmed down.” However, unlike The Children’s Clinic in Portland, OR, they are not asking parents to complete ACE or resilience surveys about their own childhoods.

Parents complete an ACEs survey for their children in the exam room while waiting for the doctor. The survey asks them to tally up their children’s ACE score without indicating the specific adverse childhood experience, said Espinas, who said it was adapted from the 10-question ACEs survey developed by the San Francisco-based Center for Youth Wellness.

When 32 pediatricians began screening in 2016, they were surprised by their patients’ reactions. “We actually found that families found the screening to be beneficial,” Espinas said, who explained they were all given information about resiliency. “So many said, ‘I’m so glad you’re asking about this.’”

For those with scores of 4 or higher, the pediatricians took a slightly different approach. “We wanted them to express concern, thank them for filling out the survey, link them up with resources about ACEs and then arrange for a follow up call – I think our patient population wants us to ask these questions. They want resources,” he added. Because pediatricians see about 25 patients a day, said Espinas, there’s not really enough time to have a detailed conversation about ACEs with patients, said Espinas. But he said if his colleagues get the sense that patients want to talk about specific ACEs, we gave them the go ahead to engage parents in these conversations.”

Of the hundreds of children screened, only about 10 children had ACE scores over 4, explained Espinas. Those families were referred to psychiatric services at Kaiser and also to Help Me Grow, Oakland’s First Five organization, which has helped to link them up with services in the community. Those patients also receive follow up calls to make sure they’re engaging in the services they have been referred to, said Espinas. The two agencies share information and Espinas said that six out of the 10 referrals to Help Me Grow are continuing with community-based services they have been provided.

Help Me Grow talks to patients who have been referred by Kaiser about their children’s ACE scores, according to Deb Turner, the program administrator. Some of those families, she said, are in the midst of high-conflict divorces. “Sometimes parents will come in a little panicked wondering what it means to have a high ACE score,” said Turner. “They’ll ask, ‘is my child damaged?” Turner says that the staff reassures them that they’re being proactive by seeking assistance, gives them information about child development and links them up with supportive services such as parenting resources, legal help, or help with basic necessities.

Espinas said that while they didn’t have the staffing to do an exact count of how many children were screened in the first year, they now have a grant that will afford them that opportunity. Over the next two years, he explained, they’ll also look at how patients, staff, and doctors are responding to the ACE screening, the demographics of those screened, and how the screening affects workflow.

“We’ve achieved the goal of making it [ACEs screening] mundane, part of muscle memory,” said Espinas, adding that Kaiser San Jose has also followed their lead and began screening three-year-olds. The next step, he said, will be expanding screening to all ages from birth to 5.

“Just as families are messaged around nutrition every visit,” he said, “they will be messaged around ACEs for the first five years so that questions about ACEs will be as routine as talking to parents each time about nutrition.”