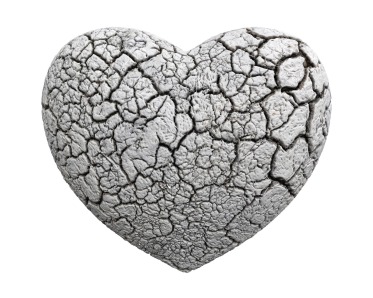 Is suffering a necessary part of the human condition? Is it species normal for individuals to feel anxious—like impending doom, a fear of intimacy, or a sense of falseness and meaninglessness?

John Firman and Ann Gila, following the psychosynthesis tradition of Roberto Assagioli (1973), say no, this is not part of being human. The “anxious estrangement” that most people today feel is not normal but unnatural (The Primal Wound, 1997, p. 2). It is the result of a violation in early life that results in broken relationship to parents, others and the world. More deeply it is the missing connection to Ultimate Reality or the Ground of Being. The primal wound is:

“It’s not so much that we are sick or crazy, but that we have been wounded,” a type of deep post-traumatic stress disorder from which a variety of disorders emerge (p. 4).

In The Primal Wound (1997), Firman and Gila describe the method of getting in touch with one’s primal wound. They ask participants first to identify a compulsive behavior in their personal or professional lives, an addiction to substances, people or behaviors. Then participants are asked to imagine themselves in a situation where they feel the urge to take up the addiction. They are urged to plumb the depths of that feeling and get to its core.

I invite you to take a moment to do that.

When participants are asked to describe that core feeling, the one before they take up their compulsive behavior, they use terms like these: worthless, lost, disconnected, abandoned, alone, wrong, invisible, humiliated, unloved, evil.

And these feelings boil down to “nonbeing,” the terror of not existing, obliteration. Addictions are powerful because they help us avoid these feelings. We drink, take opioids, work endlessly, overeat, overconsume, compulsively seek new sex partners or adventures because we are running from the void, the abyss of nothingness.

Then Firman and Gila ask participants about their feelings when they engage in the addiction.

Think about this for your own compulsion(s). Why is it so inescapably appealing? What good do you get out of it?

When exploring the attraction of the addiction and its positivity, the participants list feelings of peace, security, comfort, deep satisfaction, meaning, focus, surrender, normality, freedom, feeling alive, living in the moment. These things sound so positive.

One can go deeper and identify experiences in childhood when one felt neglected, humiliated or abused. This may take some time and work to dig into.

See if you can identify and feel into one of those times. Remember that you are not that person—reach out with empathy to that child experience. This would be a time when a primal wound was experienced (there may be many).

How would you describe your feelings?

When participants were asked, they brought up feelings like these: loneliness, frustration, betrayal, impotent, isolation, badness, fear, shame. Notice anything? Yes, they are similar to those feelings addictions mask.

Thus, the addiction provides a positive pole opposite the negative pole of woundedness, creating an energy field of “aversion and craving” (as Buddhists call it—the source of human suffering). Instead of feeling abandoned, addictive relationships provide a sense of belonging. Instead of feeling powerlessness, a substance like alcohol can make one feel powerful. In the moments of work fulfillment, one feels worthwhile instead of worthless.

Addictions R Us because we have been wounded, not because we are crazy or evil. We are self-medicating in the ways we know how so we don’t disappear.

NEXT: What childhood experiences lead to primal wounding?

1 The Primal Wound: Do You Have One?

3 How to heal the primal wound

4 Fantasyland: A Nation of Primally-Wounded People

—-A Psychotherapy of Love: Psychosynthesis in Practice (2010),

Rowan, J. (1990). Subpersonalities: The people inside us. New York: Routledge.

Siegel, D. (1999). The developing mind: How relationships and the brain interact to shape who we are. New York: Guilford Press.

Winnicott, D.W. (1987). The maturational processes and the facilitating environment. London: The Hogarth Press and the Institute of Psycho-Analysis.