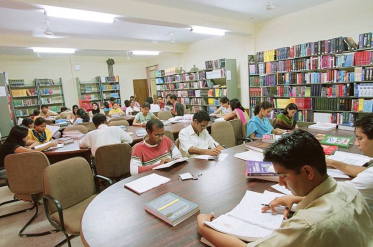 Citing that article, a group of researchers at University of California at Davis School of Medicine wondered whether medical students’ childhood adversity and resilience played a role in their burnout, said Dr. Andres Sciolla, an associate professor of psychiatry and behavioral sciences at the University of California at Davis Medical School. Sciolla is the lead author of a recent study in the journal Academic Psychiatry that investigated those questions.

Their query was based on the landmark CDC-Kaiser Permanente Adverse Childhood Experiences Studythat showed a remarkable link between 10 types of childhood trauma — such as witnessing a mother being hit, living with a family member who is addicted to alcohol or who is mentally ill, living with a parent who is emotionally abusive, experiencing divorce — and the adult onset of chronic disease, mental illness, being violent or a victim of violence, among many other consequences. The study found that two-thirds of the more than 17,000 participants had an ACE score of at least one, and 12 percent had an ACE score of four or more. (For more information, see ACEs Science 101.)

END_OF_DOCUMENT_TOKEN_TO_BE_REPLACED

Room erupts in applause for the grandmother of witness William Kellibrew during July 11 House Oversight and Reform Committee hearing.

The power of personal stories from witnesses and committee members fueled the July 11 hearing on childhood trauma in the House Oversight and Reform Committee* throughout the nearly four hours of often emotional and searing testimony and member questions and statements (Click here for 3:47 hour video). The hearing was organized into a two panels—testimony from survivors followed by statements from experts—but personal experiences relayed by witnesses (including the experts) and the members of Congress blurred the lines of traditional roles.

Chairman Elijah Cummings (D-MD) set the tone early in the hearing by recalling his childhood experience of being in special education from kindergarten to sixth grade, and being told he would “never be able to read or write.”  Still, he “ended up a Phi Beta Kappa and a lawyer.”