[Editor’s note: In April, I posted a story about how Lincoln High School reduced its suspensions 85% by using a new method of school discipline. So many people were intrigued by how Lincoln High works that we thought you might be interested in these essays by Lincoln’s staff and students.] 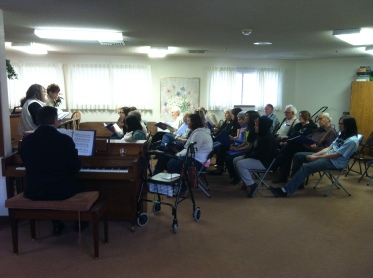 The choirs of Lincoln High School and Park Plaza Retirement Community rehearse together.

How do we create an environment that allows students with high toxic stress the same opportunity to learn and grow as students that aren’t experiencing difficult times in their lives?

END_OF_DOCUMENT_TOKEN_TO_BE_REPLACED 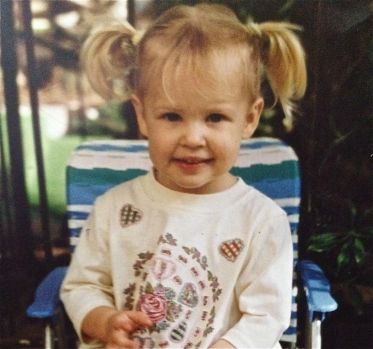 Marie Warga, at the age she says her father was sexually abusing her.

Editor’s note: When H. Marie Warga learned that her father was attempting to contact her, she wrote this letter to him. At the urging of Connie Valentine, one of the co-founders of the Incest Survivors Speakers Bureau, she sent it to ACEsTooHigh.com, with the hope that it will help other men and women who are struggling with the same issues: how to give voice to the unspeakable, how to establish boundaries, and what forgiveness means. Warga is entering her senior year in college, and intends to become a lawyer.

I am writing this letter since hearing that you were attempting to contact me. There are things I need to hear myself say to you before I read or hear anything from you. First, I am going to tell you that you were lucky. You are a man who was able to violate the trust

END_OF_DOCUMENT_TOKEN_TO_BE_REPLACED

Jim Sporleder, principal of Lincoln High School, has led his staff to take a compassionate approach to student discipline. Even though the results — an 85% drop in suspensions — have proven themselves, some people still think a bigger bat is the solution to behavior problems. In the following essay, Sporleder compares the punitive approach, which he used for years, with the compassionate approach to student discipline.

Max Carrera, a school board member, made this comment after Lincoln High School’s graduation ceremonies: “Historically our school system, like many others, do very good work in educating the traditional student (two parent, middle to upper income, white). Where we can do much better is in serving the kids who don’t have a family support system or financial means to succeed in such a system. Serving on the school board allows me to advocate for the kids who don’t have that support. I was raised by a single parent, lower income and was in a fair amount of trouble in school growing up. In fact, I barely graduated. Yet, this year as president of the board, I handed out hundreds of diplomas at our high school graduation. So there is hope that sometimes we (the school system) lose site of. The staff and Jim at Lincoln provide hope to kids of all colors and socio-economic backgrounds, including many who have been told by their own family, schools and society that they are ‘hopeless’ and ‘worthless’. So when I say we are blessed to have Jim and his staff, I really do mean it.”

A Compassionate Approach to Discipline

Before I learned about how toxic stress impaired a student to problem-solve or to take in new knowledge, I disciplined students in what I thought was a respectful approach. I took time to listen, I shared with the student why his or her behavior was

END_OF_DOCUMENT_TOKEN_TO_BE_REPLACED

Linda Lee, whose profession is in sales and marketing, is beginning to write her story. Here’s the first part. 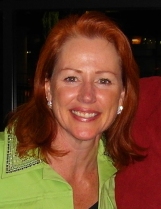 How do I begin to tell my story when there are so many layers, years passed, time that can never be replaced?  I ask myself this question often… In truth…I perfected how to be a chameleon as an adult.  This is how I survived.

There is so much screaming to come out of me, and each time, I hesitate. Do I want to open another door?  Do I have a choice in how I make agreements with myself on what I want to remember and don’t?

END_OF_DOCUMENT_TOKEN_TO_BE_REPLACED

Connie Valentine founded the Incest Survivor’s Speakers Bureau (ISSB) in Northern California in the 1990s. When we met in 2004, I asked if the organization actually received many speaking requests. “Not so much,” she laughed.

Connie is one of the most intrepid women I know. She set up the ISSB, and then started annual meetings to focus on child trauma, particularly child sex abuse. Some years, only a handful of people showed up. She was serene. It doesn’t matter, she said. We’ll hold it, and whoever shows up, that’s who needs to be there. At the last meeting in April — No. 17 — 165 people attended. That’s not bad for a gathering about an issue that most people would prefer that didn’t exist in our world, and yet that has touched one out of four women and one out of six men. 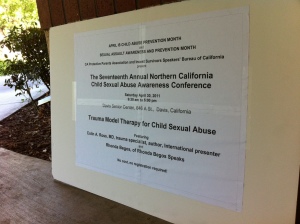 In 2002, she wrote an open letter called “Dear Doctor”, which was published by The Permanente Journal. Connie wanted the journal to use her real name, but the editorial board, after great debate, decided not to, to preserve the “anonymity of any involved persons”, even though Connie did not name anyone in her essay, and her abuser is dead.

By the time I met Connie, she was well on the way to a healthy life. I wouldn’t call her robust, but for all she’s experienced, as she says, it’s amazing that she’s alive. I asked if she was okay with her essay appearing on ACEsTooHigh. She agreed, and, again, wanted her real name used, for the same reason she gave The Permanente Journal: “I no longer feel shame about the events of my life. The shame belongs to the perpetrators. Rather, I feel sorrow. They are people who need forgiveness, and I forgive them.”

Her essay is the story of many people who suffered child trauma, of our health care system, and of the power of healing. It is painful to read, and, in one paragraph, graphic.

SO DO NOT CONTINUE IF READING ABOUT CHILD SEX ABUSE WILL CAUSE YOU ANGUISH. Usually, we journalists put a barrier of our own descriptions of a situation between the people who experience it and our community. But this is a first-person account. No barriers.