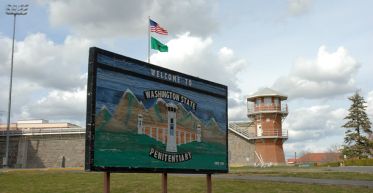 They’re the forgotten, the 2.3 million people in US prisons. The overwhelming majority of them have experienced significant childhood trauma. Before you click out of here, this isn’t another boo-hoo story, as some of you might describe it, about the dismal state of our corrections system, for inmates and guards alike. (Oh, yes, it is profoundly dismal.) This is a story about how one tiny part of it isn’t so dismal, and actually addresses head-on the fact that most (91 percent) of the approximately 2.3 million prisoners will finish their sentences and go home. To your neighborhood. So….wouldn’t you want the prisons to help these guys and gals so that they, and by definition, we, come out happier and more well-adjusted than when they went in?

Ok. Just in case you glossed over it, let’s go back to that sentence about childhood trauma. It is precisely why the 2,300 inmates at Washington State Penitentiary in Walla Walla, Wash., ended up there. Over the last 20 years some profound, intense research revealed that people who have a lot of childhood adversity have seven times the risk of becoming an alcoholic, 12 times the risk of attempted suicide, twice the risk of cancer and heart attacks. They’re more violent, more likely to be victims of violence, have more broken bones, more marriages, and use prescription drugs more often than people who have no childhood adversity. And those are just the few drops in the bucket of how childhood trauma affects people’s lives.

END_OF_DOCUMENT_TOKEN_TO_BE_REPLACED

After learning about the overwhelming effects of childhood trauma, I decided to make a film about a school that’s adopted a “trauma-informed” lens.

Documentaries are no walk in the park. They take a lot of time and money; they have a way of making a mockery out of your narrative plans. They must share the attention of an audience that is increasingly losing more and more of it.

Why bother? It’s a good question. For me, I have one simple bar that all my films must clear: an “oh my God!” moment. If a story does not elicit that reaction from deep within my bones, I don’t do it. I count on that sense of awe, concern, wonder, and alarm to carry me through the long haul of making the film. To do otherwise, well — it just seems stupid.

END_OF_DOCUMENT_TOKEN_TO_BE_REPLACED 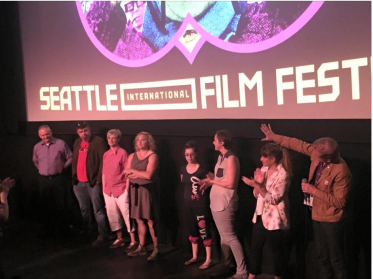 The cast and crew of Paper Tigers take a bow after a sold-out screening at the Seattle International Film Festival.

Three years ago, the story about how Lincoln High School in Walla Walla, WA, tried a new approach to school discipline and saw suspensions drop 85% struck a nerve. It went viral – twice — with more than 700,000 page views. Paper Tigers, a documentary that filmmaker James Redford did about the school — premiered last Thursday night to a sold-out crowd at the Seattle International Film Festival. Hundreds of communities around the country are clamoring for screenings.

END_OF_DOCUMENT_TOKEN_TO_BE_REPLACED

Paper Tigers will  premiere at the Seattle International Film Festival (SIFF) at 7 PM Thursday, May 28, 2015, at the SIFF Cinema Uptown in Seattle, WA. SIFF is the largest and most highly attended festival in the U.S.

Paper Tigers follows a year in the life of an alternative high school in Walla Walla, WA, that has radically changed its approach to disciplining its students, and in the process has become a promising model for how to break the cycles of poverty, violence and disease that affect families. A story about the school was published on this site in 2012: Lincoln High School in Walla Walla, WA, tries new approach to school discipline; suspensions drop 85%

An additional screening will take place at 12:30 PM on Saturday, May 30 at the same location. For ticket information and other details: http://www.siff.net/festival-2015/paper-tigers

The documentary was directed by James Redford. Its executive producer is Karen Pritzker. To view a trailer of the movie, go to PaperTigersMovie.com.

Documentary filmmaker James Redford released the trailer for Paper Tigers, a documentary that follows four teens who attend Lincoln High School in Walla Walla, WA. Lincoln was the first high school in the country to integrate trauma-informed and resilience-building practices, which resulted in an 85 percent decline in suspensions and a 40% decline in expulsions after the first year. After four years, suspensions had dropped 90 percent, expulsions dropped to zero, and graduation rates increased five-fold.

END_OF_DOCUMENT_TOKEN_TO_BE_REPLACED

In Walla Walla, Washington, the journey to implement ACEs research has been akin to a wild ride on a transformer roller coaster that arbitrarily changes its careening turns, mountainous ascents, and hair-raising plunges. And sometimes the ride just screeches to a frustrating halt.

END_OF_DOCUMENT_TOKEN_TO_BE_REPLACED

Lawmakers around the country are beginning to take action to reduce the impact of childhood trauma—and the toxic stress it creates—on lifetime outcomes, particularly in education and health. The legislation being considered in Vermont to integrate screening for childhood trauma in health care, as reported recently on this site, is still percolating in the legislature. Another bill (H. 3528) being considered in Massachusetts seeks to create “safe and supportive schools” statewide. House Resolution 191 — which declares youth violence a public health epidemic and supports the establishment of trauma-informed education statewide — passed in Pennsylvania last spring and was ratified by the National Conference of State Legislatures (NCSL) at its annual meeting in August.

Prior to these efforts, the state of Washington passed a bill (H.R. 1965) in 2011 to identify and promote innovative strategies to prevent or reduce adverse childhood experiences (ACEs) and to develop a public-private partnership to support effective strategies. In accordance with H.B. 1965, a group of private and public entities formed the Washington State ACEs Public-Private Initiative that is currently evaluating five communities’ ACEs activities. An APPI announcement about the launch of the project

END_OF_DOCUMENT_TOKEN_TO_BE_REPLACED

What’s a trauma-informed school? It’s a place where this happens:

Nine-year-old Sam (not his real name) is very smart. But sometimes he balked, dug his heels in deep,

END_OF_DOCUMENT_TOKEN_TO_BE_REPLACED 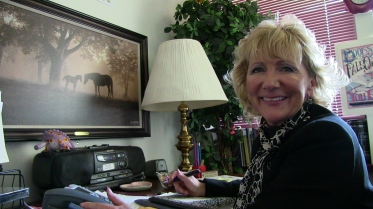 Suzanne Savall, principal of Otis Orchards Elementary School in Spokane’s East Valley School District, says she didn’t really know what she was signing up for, but the words “complex trauma”

END_OF_DOCUMENT_TOKEN_TO_BE_REPLACED 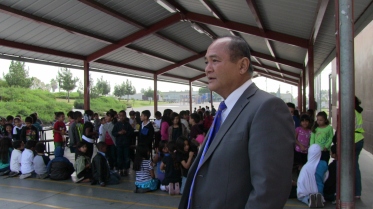 Two kindergarteners at Cherokee Point Elementary School in San Diego’s City Heights neighborhood get into a fight on the playground. Their teacher sends them to the principal’s office.

Instead of suspending or expelling the six-year-olds, as happens in many schools, Principal Godwin Higa ushers them to his side of the desk. He sits down so that he can talk with them eye-to-eye and quietly asks: “What happened?” He points to one of the boys. “You go first.”