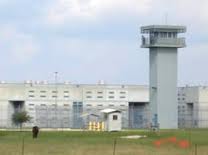 “Every study out there agrees that intervention at an earlier stage is far more effective and less expensive than trying to reform someone who had a lifetime of crime,” says Walt Monegan, former commissioner of the Alaska Department of Public Safety and former chief of police in Anchorage in this op-ed on the Anchorage Daily News web site. And, he notes, our criminal

justice system just doesn’t teach people who need help how to live healthy lives. He uses this story from an Ojibwa tribal judge as an example:

A young man, Pete, doesn’t know how to swim so we take him to the pond and tell him to learn. Pete jumps in, thrashes about yet goes under so we jump in and save him. Next we take him to a large box on top the hill, tell him that he has to learn to swim and then lock him up inside the box. After a day or two, we bring Pete back to the pond, tell him he has to swim and throw him in. Pete slaps about, but flounders and sinks, so we rescue him again. We take him back to the box on the hill, lock him up again and repeat that until he learns to swim, his stay in the box will only get longer and longer each time.

In case you haven’t figured it out, life is the pond. The rest of his op-ed is well worth a read.
AS EVERYONE WHO’S EXPERIENCED adverse experiences in their childhood knows, forming trusting relationships is a huge challenge. In a guest post on Dr. Irene Levine’s Friendship Blog, Linda Ligenza offers some wise words to a woman who wrote to Levine. The woman had suffered a great deal of trauma in her childhood, including being raped at age 18. She said that she was convinced that there was nobody who was trustworthy, and she was thinking about getting a dog because they were “loyal, nonjudgmental, and don’t talk about you behind your back.” Ligenza, a  licensed clinical social worker and life coach in Charleston, SC, wrote:

The emotional, physical and psychological wounds you describe are deep and painful. To feel better and attract trustworthy people, you need to recognize them when you meet them and to learn to let them into your life. You need to heal from these wounds just as you would from a deep gash to your leg. Learning to love yourself and developing new skills to relate to others takes time and patience, and sometimes requires professional help.

She also provides seven tips, the first of which is “Don’t beat yourself up for the way you feel or behave; understand why you feel the way you do and be kind to yourself.” Head to The Friendship Blog to find out what the others are.

OAKLAND LOCAL POSTED A TERRIFIC STORY by Erik Arnold about how the city’s schools are integrating restorative justice programs to turn kids’ lives around. It begins with the story of Jacob Mathis, who had a grade point average of .77 and was on probation for assault with a deadly weapon. He had huge anger issues that came from a dysfunctional relationship with his stepfather. His probation officer suggested he attend a summer program on restorative justice offered by Youth Uprising, located adjacent to Castlemont High School.

Mathis said he’s even applied the restorative justice principles he’s learned to his own family dynamics. It’s allowed him to break a cycle of acting out and blaming others that could have easily led to jail. His grade point average is now up to 3.27 and not only has he not re-offended, but he now envisions going to college and studying marine biology at the University of Florida.

“I thought that because I’m from Oakland, nothing good is going to come from out of my life,” said Mathis, before being exposed to restorative justice. “And now, I’m motivated to work harder in school.”