Vic Compher, director and co-producer of “Portraits of Professional Caregivers: Their Passion. Their Pain,” didn’t start out as a filmmaker. This documentary — his fourth — was inspired by his 20 years working in child protective services, and another 10 years working in hospice and clinical social work with older adults.

During that decade, he learned that many professional caregivers who work with traumatized people experience secondary trauma  — also known as compassion fatigue or vicarious trauma. This includes firefighters, emergency medical crews, ER nurses, doctors, police, and others.

The first part of the documentary — which was co-produced by  Rodney Whittenberg, who teaches filmmaking, and who also composed the music for this film — focuses on secondary trauma, or what caregivers experience when they respond to and care for people experiencing trauma.

“Secondary trauma, or compassion fatigue, is one more layer of the trauma experience,” says Compher, “a parallel process for many professional caregivers with symptoms that at times can somewhat resemble what their clients may be experiencing.

“When I worked in child protective services,” he says, “as I began to witness and experience the impact of the exposure of the workers to trauma, I called it ‘professional grief.’ I developed a workshop to look at the impact of trauma on the staff. My angle was to examine how it was affecting the staff because if they are not getting sufficient emotional support in their work, they don’t know how to adequately work with the clients either.”

Compher points out an excellent questionnaire that professional caregivers can use for self-evaluation of secondary trauma or compassion fatigue called the proQOL measure, developed by Beth Hudnall Stamm.

The film starts off with child protective service workers, since this is the field Compher knew best. A request for professional caregivers sent out by a local PBS station supportive of the film brought in hospice and medical workers.  To give the film even broader public appeal, interested firefighters and police officers were also interviewed.

For example, Philadelphia Police Commissioner Charles H. Ramsey, who is the co-chair of President Obama’s National Task Force on 21st Century Policing, speaks candidly in the film about the high levels of toxic stress that many police officers experience, often indicated by alcoholism, domestic abuse, and suicide.

You won’t see actual violence or death in this film but you’ll feel it from looking at the faces of the caregivers as they describe traumatic incidents in their work. In the beginning of the film, the camera focuses briefly on each of half a dozen caregivers. As they speak, the film morphs from color to stark black and white, then freezes as anguish, sorrow, and hopelessness

appears on each caregiver’s face. A social worker tells of a child’s death she felt she should have prevented. A neonatal nurse talks of a baby who died in her care. An older family therapist collapses after witnessing a brutal scene with one of her patients. (These and other scenes are depicted with stick figures, which are used to illustrate several violent incidents.)

“When I worked in child protective services, I saw a lot of secondary trauma and the trauma of kids as well,” says Compher. “It wasn’t framed that much as ACEs (referring to the CDC-Kaiser Permanente Adverse Childhood Experiences Study that links ACEs with adult onset of chronic disease and mental illness), but we saw it. I have been learning quite a bit about ACEs over the past seven to eight years. Leslie Lieberman, who is with the Philadelphia ACE’s Task Force and works for the Health Federation of Philadelphia, is on my film advisory board and we talk a lot about ACEs and the relationship of this film to it.” 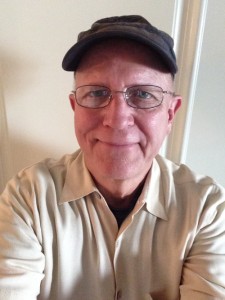 The film goes into the neuroscience of the toxic stress caused by ACEs, and explains that our brains actually respond to pain that others are experiencing by secreting chemicals that activate our central nervous system. It’s only later that we can appraise and try to distance ourselves from a situation, says Dr. Sandra Bloom, associate professor of public health at Drexel University in Philadelphia.

But most caregivers would agree that “empathy is an occupational hazard because you can’t do good work without it,” according to Charles R. Figley, professor at the School of Social Work at Tulane University. The stress leaves “fingerprints on your heart,” he says. And physical symptoms for secondary stress range the gamut from anger, depression, rapid heart rates, fatigue, and insomnia to suicide.

The second part of this film examines the passion of professional caregivers, based on what’s called “compassion satisfaction,” resulting when professionals feel they are truly helping people suffering from trauma. This sense of purpose and meaning is what keeps many caregivers going, despite the secondary trauma that could otherwise be overwhelming.

Says Compher about his goals for the film, “I believe that if the public really understands what these public servants and caregivers are experiencing, they will have more appreciation and be more supportive of what these people are trying to do.

“The media most always focuses on the victims of primary trauma,” he notes. “For each of those victims, however, there are usually a number of people who are trained and trying to help them. That’s the important backstory we rarely hear about. It’s like a blind spot, and that is what the film is really about.”

He also hopes this film inspires a major change in how organizations support their staff: “My objective would be for the service organizations to develop structures of support addressing secondary trauma for their staff. That’s what’s missing.

“Only a few progressive organizations are creating this support,” he points out, “and when they do so, it keeps the quality of service up. In child protective services, there is enormous turnover because the work can get to feel unbearable, especially for the young adults who go into that field. There is a high economic cost when these organizations have so much turnover and must continually train new people. The turnover also interrupts essential continuity in worker and client relationships.”

Compher is now talking with representatives at PBS ,which has offered to do a national broadcast of the film in 2016. The film will be shown next month at the Orlando Film Festival, and it will be featured at the American Public Health Association’s Film Festival on November 3, 2015, in Chicago.

If you’d like to screen the film in your community, conference, or classroom, contact the director at viccompher@comcast.net. or call 267-266-0842. More information about the film, including a media kit, is at www.caregiversfilm.com.