Tennessee Jane Watson’s audio story, Silent Evidence, is about the sexual abuse she experienced when she was a girl, at the hands of an instructor. She’s posted two of three episodes. The first is below. Here’s the description, from her website, SilentEvidenceProject.com:

Watson says the real story behind all the headlines about sexual abuse is that most people who have survived sexual abuse never talk about it. On her site, she says that one out of 10 people experience sexual abuse, but the CDC’s Adverse Childhood Experiences Study (ACE Study), says it’s one out of five.

In Silent Evidence Watson breaks through the barrier of silence with a story focused on the “ramifications of sexual abuse, as they are lived by her and the people closest to her, over the course of a 28-year journey to go public.”

According to the Centers for Disease Control, “sexual violence against children erodes the strong foundation that children require for leading healthy and productive lives” and survivors face “a broad range of mental and physical health problems, ranging from depression and unwanted pregnancy to cardiovascular disease, diabetes, and sexually transmitted diseases.” 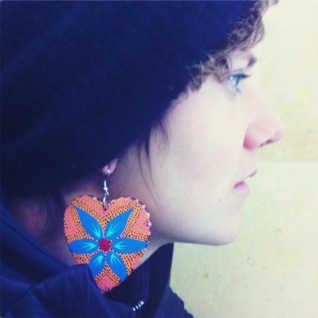 Silent Evidence explores a broad approach to the question: What’s at risk in speaking out? “It’s not as simple as saying, ‘this shouldn’t happen,’ Watson explains on her website. “It’s not just the fault of perpetrator. There’s a role for the survivor, the adults in the survivor’s life, the media, and the public institutions she moves through.”

This is a powerful series, and well worth a listen.

Ed. Note: Reveal did a one-hour version of Watson’s series, and Watson wrote this text version of her story — Justice isn’t always done for child sex abuse — I know firsthand. It’s gripping and worth a read.