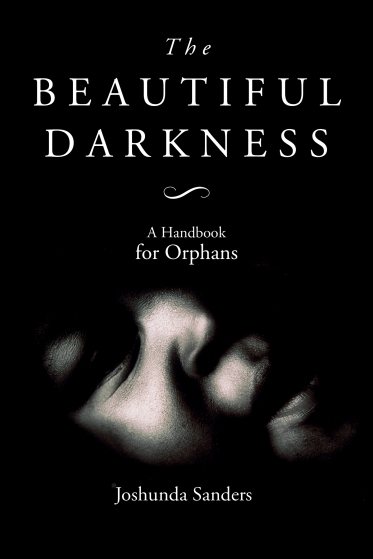 I became a professional reader long before I was a writer when I was living in homeless shelters, subsidized housing, and welfare hotels with my mother in New York City.

Most of the middle class and affluent black folks I would come to know in the future would wince and give me a look I couldn’t read when I would tell the story that I outline in my new memoir, The Beautiful Darkness: A Handbook for Orphans. All some intolerant, ignorant bigots need is to continue to hear about the dysfunction of black families or the lie that we are all poor (living in inner cities) and broken and hopeless. But unfortunately, in my case, the dysfunction was just part of what I lived through as a kid.

I read to escape, mostly books borrowed from the library. Whatever was in the new book section. So, self-help, like How to Have Better Self-Esteem, because I hated myself. As a third and fourth grader in and out of public schools in the five boroughs of the city because my bipolar mother was not medicated and couldn’t keep a job, I felt like a burden; In Search of Our Mothers Gardens and Zami : A New Spelling of My Name and for colored girls who have considered suicide when the rainbow is enuf  were just some of the books that gave my spirit rest. In black girl poetry and prose, I could find serenity when my mother’s manic episodes or neglect threatened to erase the slight will to live that I hung on to.

I had not grown up in a big family, it was just me and mom. And my mom had been broken by life long before me. Her own mother had died when she was a teenager in a mental institution. She went on to have five children but I was born after Jose was killed by a city bus when he was 12 years old — a turning point in her life that I believe triggered the worst parts of her bipolar and borderline personality illnesses.

Reading was my main connection to the world, the only thing that I believed and felt connected me to an invisible community of other homeless children, other aspiring writers, dreamers, black girls, the poor who wanted to be anything but. Reading in the hood is a revolutionary act. It sends a signal to hood residents that you are not going to stay, that even if your body is stuck in tenements or housing projects or welfare hotels, your mind is on the path to freedom.

So I got beat at home for no reason other than my mother’s mania, and I was bullied at school for trying to find safe haven in the pages of books. While I grew up with my mother and she did her best to care for me, I was an orphan in the sense that I mothered myself and sometimes tried as a kid to mother my mother. That is obviously not the work of a child, but I did try. The main plague of my childhood in all of its adversities was loneliness, isolation. I wrote The Beautiful Darkness to save others from their loneliness. To offer solace to those who know what it is like to live the stereotype of a broken black family and are resilient in the face of it regardless.

We have often heard the stories of black women struggling with poverty and adversities with their children through journalists and sociologists who do outstanding work. Rarely do we hear directly from survivors. Maybe like me, they feel the weight of stereotypes and stigma pressing them away from the page. Maybe they think no one will want to hear their story or will buy their book, or it will not resonate because they have already read something similar — all variations of what I have heard.

But here is the dream I hope becomes real. Maybe, just maybe, a little black girl who is between homes with her mom who struggles with depression will be searching for a roadmap for herself way from despair on a library bookshelf somewhere. This book is for her.