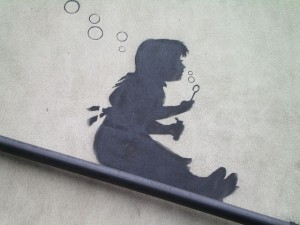 Years ago, when I began interviewing people at organizations that are using the results from the CDC’s Adverse Childhood Experiences Study to change their practices, I talked with a representative of SAMHSA (Substance Abuse and Mental Health Administration, part of the U.S. Department of Health and Human Services). She said a very interesting thing that stuck with me. The ACE Study, which published its first findings in 1998, confirmed what many people had already suspected or who believed “what women were telling us,” she said.

Women addicted to alcohol or other drugs and/or who had mental illness said that their problems originated in abuse they experienced as children.

“Consumers were coming into our system and telling us this,” said the SAMHSA rep. “I don’t know that they were heard.” The rates of trauma

the women were reporting seemed too high to be believed, she said — until the ACE Study was published. It showed that childhood adversity was surprisingly common, even in middle class families. It showed that rarely was there just one type of childhood trauma happening in a family — if there was one type of abuse (verbal), there was an 87% chance that there was another type (alcoholic parent). And childhood trauma resulted in adult onset of chronic disease, mental illness, violence and being a victim of violence.

Because of the ACE Study and other work in developing trauma-informed practices, SAMHSA began believing women, and has for a long time. But the issue of not believing women….and children…..keeps popping up.  A couple of recent items had me thinking about this issue again.

A study from Australia found that young girls were just as likely to be sexually abused by clergy as young boys.

“Past studies, which have relied on the church’s data, have shown that boys are represented in about 80 per cent of sexual abuse cases, but we saw an almost even split (49 percent male and 51 per cent female),” Dr Death said.

“It may be because traditionally women and girls had a lesser position and voice in the church so the abuse against girls is less likely to be recorded.”

Although most of the participants related experiences with priests, others cited being abused by clergy in other denominations as well. Death said that in 60 percent of the cases, the clergy had focused on children from troubled families with domestic violence or alcohol abuse.

“It appears there was a very deliberate guise of offering help and support to vulnerable mothers in order to get access to young children,” she was quoted in a press release.

Here are the basic results from the report — Death_Survivors_report_1May2013 —

Another study written up on ScienceDaily.com found that 90 percent of medical specialists who treat pre-school children with ADHD “do not follow treatment guidelines recently issued by the American Academy of Pediatrics”.

“It is unclear why so many physicians who specialize in the management of ADHD — child neurologists, psychiatrists and developmental pediatricians — fail to comply with recently published treatment guidelines,” said Andrew Adesman, MD, senior investigator and chief of developmental and behavioral pediatrics at Cohen Children’s Medical Center in New Hyde Park. “With the AAP now extending its diagnosis and treatment guidelines down to preschoolers, it is likely that more young children will be diagnosed with ADHD even before entering kindergarten. Primary care physicians and pediatric specialists should recommend behavior therapy as the first line treatment.”

This is a more subtle version of not believing children. Children, especially pre-school children, don’t have the language skills to say “I’m traumatized when I see my mother being abused” or “I’m terrified because my dad drinks too much and then screams at me and locks me in my room alone” or “My mom’s so depressed that she doesn’t hug me at all and I’m starving for attention and love” or “My uncle is sneaking into our bedroom at night and doing things to my sister that makes her scared and cry and it’s terrifying me.”

Instead, children act out or withdraw or act frightened — and all these reactions can lead to the inability to pay attention to adults, to be hyperactive, even to scream and rage in frustration.

Their behavior can be regarded as symptoms of a troubled family, or a family that doesn’t know how to decode a child’s experiences or needs. Which is why another recent study found that parent behavioral therapy was more effective than medication at helping preschoolers at risk for ADHD, as well as those who were diagnosed with ADHD. Medications for ADHD don’t address the reason for the ADHD — they just censor a child’s behavior.

As I mentioned in a previous post about last year’s Psychotropic Summit, which addressed the over-use of mind-altering medications for children and youth in foster care:

Labeling children’s fear, hyperactivity, excessive disobedience or nightmares as “disorders” has people reaching for mood- and mind-altering drugs as a first and, sometimes, only resort, especially with kids in foster care and group and residential homes.

“Sometimes the kids are just doing what human beings are wired to do under immense traumatic stress. We just don’t understand it, and call it mental illness,” says Charles Wilson, senior director of the  Chadwick Center for Children & Families at Rady Children’s Hospital in San Diego, CA.

Giving children drugs to control their behavior can also be seen as another way of not believing them. Because if you do, then you can’t ignore them or blame them alone for their behavior. You have to look at what’s leading them to their behavior. To the extent that this involves looking into the dark corners of our respected institutions or acknowledging and addressing the very common childhood adversity in families or grappling with a system that’s broken, this becomes inconvenient, unsettling and perhaps costly…but only in the short term.