Ours was a familiar story. My wife, Erika, and I turned to adoption in 1991. We thought surely there were millions of babies out there in need of two loving people desperate to be parents. Then we learned about the realities of adoption. A foreign adoption seemed our best bet, but options were limited then. To improve our chances, we’d need to be open to an “older” or “special needs” child. This was not how we envisioned starting a faily, but we wanted to be parents.

A chance encounter with another adoptive family steered us to an adoption attorney in Warsaw, Poland. Erika was of Polish descent and spoke the language. Maybe this was our chance. In a late night phone call to Warsaw from our home in Connecticut, the attorney was sympathetic but discouraging. She had a long backlog of clients and available children were scarce. What about an “older” or “special needs” child, Erika asked. It was then that we first heard about a 14-month-old girl in a rural orphanage. In a matter of five short months, we’d rushed through home studies and background checks before boarding

a LOT flight to Poland to receive our daughter, whom we’d named Casey. It was nothing less than a miracle. 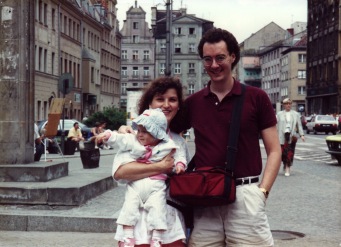 Casey was an unwanted pregnancy, a three-pound preemie whose twin sister had been stillborn. She went straight from the delivery room to an incubator to an orphanage in Mrągowo in Poland’s northern lake district. At 14 months, she was withdrawn, listless, unable to sit, crawl or feed herself. Medical records were scant. But to us she was perfect; nothing that two able bodied Americans couldn’t fix with love.

Indeed in the years that followed, it seemed that a loving home was all Casey needed. We moved from Connecticut to the San Francisco Bay Area where she transformed into a bright, spirited, charming little girl. 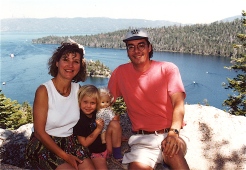 But in the privacy of our home, things were often different – violent tantrums, crying jags, defiance. We looked for answers from friends, pediatricians, therapists, counselors and pastors, but were assured repeatedly that Casey was just high-strung; she’d grow out of it. In the meantime, we had to be tough with her. Though fully aware of her abandonment and adoption, the professionals never explored the matter.

At 17 years old, Casey gained early admission to Bennington College in Vermont with a bright future ahead. She wanted to make a difference in the world.

But she never made it. 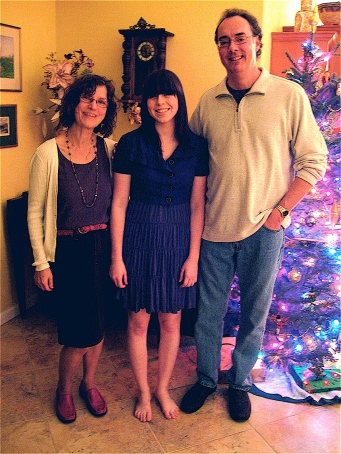 Just five months shy of her high school graduation, she took the keys to our car, drove to the Golden Gate Bridge and jumped.

Drowning in grief, I looked for answers. How could this have happened? What did everyone miss? What could we have done differently? I went to the library and scoured the Internet for everything I could find on adoption, something I’d never thought to do before. I learned about attachment disorders that can have a devastating effect on orphaned children. It explained everything – the angel at school and the tyrant at home, the tantrums, crying jags, low self-esteem and defiance, things that she kept carefully hidden behind a suit of armor from parents, therapists and friends.

How could everyone have been so blind?

I connected with other parents of children adopted from foreign orphanages and heard similar stories. Some stumbled onto appropriate treatments whereas others, like us, were left in the dark. Adoption and attachment experts shared with me the therapies and parenting techniques that have proven effective in dealing with the unique emotional needs of orphaned children. This information was in the public domain, yet everyone involved in Casey’s short life missed it.

I can’t have another Casey, a do-over. She was one of a kind. But regardless of the tragic outcome, I’ll always consider myself the luckiest guy in the world to have been her Dad for 16 of her 17 years.

From her death we learned that adoptees can be exposed to disorders that are still misunderstood by many professionals. Not every adoptee has attachment issues, but for those who do, treatment can be elusive.

Other adoptive parents who may struggle with what we did can use our story as a learning experience. Acknowledge your child’s loss, parent her in a way that may not be intuitive to you, get her the right kind of help. Just “loving her enough” may not be enough.

Hopefully, that will save a precious life.

John Brooks is a former senior media financial executive who has turned to writing, suicide and adoption advocacy since Casey’s death in 2008. He recently completed a memoir about his experience as an adoptive father and his journey to understand his daughter’s suicide, titled The Girl Behind The Door: My Journey Into The Mysteries Of Attachment. He also writes a blog, ParentingandAttachment.com.