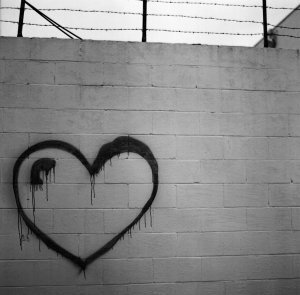 There is an age-old debate when it comes to schooling and parenting. Should we discipline children by enforcing punishment and obedience, or raise them through respect and understanding? I am about to share how one principal walks the first path, while another embraced the second.

Our first principal is Dave Derpak. He took over Killarney Secondary School in Vancouver, Canada, in the summer of 2010. Vandalism, false fire alarms, locker break-ins and drug deals were common before

his arrival. However, as of 2013, suspensions and absenteeism are down 30 percent, late arrivals dropped by 39 percent, the graffiti is gone and the prank fire alarms have all but stopped. Many are crediting Derpak for the betterment of the school, but how did he accomplish such a feat? In an article on TheGlobeandMail.com, Derpak explained:

“The students have to feel like you’re always watching. You have to play on the kids’ emotions. If you bring order to a place of chaos, my theory is, the rest will follow.”

Each day, Derpak and his two vice-principals scoured the hallways, keeping in touch via walkie-talkies and developing code names for different parts of the school. Surveillance cameras were installed throughout the school. Derpak gained the support of students by buying sweatshirts for the girls’ hockey team and offering $500 to anybody who pointed out rule-breakers. One local school-board member commented, “He knows those kids. He knows their stories. He knows what they’re doing this weekend.”

Whether or not you agree with Derpak’s methods, let us look at our second principal, Jim Sporleder. His school, Lincoln High, was much like Killarney Secondary. In fact, one can argue it was worse. While Killarney is the largest secondary school in Vancouver, Lincoln High School is an alternative school where many of the students have come from places where they had been expelled. Gangs controlled the building, and many of the students have suffered from emotional, physical or sexual abuse.

Despite these odds, Sporleder and his staff achieved an 85% drop in suspension rates, while cutting expulsions and written referrals by half.

What may come as a surprise to most, is that Sporleder did not need cameras, bribery, sedatives, policemen, or SWAT team tactics. No, his methods are quite the opposite. Sporleder’s approach can be gauged through the following scenario. A student dropped the F-bomb towards a teacher and was sent to Sporleder for discipline. The kid had his defences ready for the usual, “How could you do that? What’s wrong with you?” and the boot out of school.

Instead, what the teen received was kindness. “Wow. Are you OK? What’s going on? This doesn’t sound like you,” Jim Sporleder said.

The teen’s calloused demeanour dropped, where he admitted his aggression stemmed from his alcoholic father’s broken promises. After he got a minor consequence (or punishment, depending on how you define the two words) befitting his menial ‘crime,’ the student apologized to his teacher on his own, without prompting from Sporleder.

How often does a troubled student apologize without being forced to, and actually mean it? I believe it’s when they are helped to understand where their hostility stems from.

“It sounds simple,” says Sporleder about his approach. “Just by asking kids what’s going on with them, they just started talking.”

In the end, both principals achieved their goals. Derpak got his quiet school through fear and punishment, while Jim Sporleder got there with patience and communication.

Many say that it doesn’t matter how an authority figure attains his or her goals, so long as the ends justify the means. In my opinion, the disparity between Dave Derpak and Jim Sporleder makes all the difference. One school has a totalitarian atmosphere where students feel like they’re potential criminals, while the other gives youth the trusting relationships that many of them never had.

If all adults treated kids the way Sporleder does, perhaps many children wouldn’t rebel, because they would have nothing to rebel against. Unfortunately, that is not the way of our world. The words below come from one of Dave Derpak’s supporters, and they echo the sentiments held by most citizens:

“Whatever pyschobabbler invented the terms ‘self-esteem’, ‘student lead parent interviews’, ‘fuzzy math’, touchy-feely, rubrics not grades et al wouldn’t last a day in this school. Tough love does tame a blackboard jungle. It is so inspiring to see a principal willing to throw out all of the worst education fads. They must come to the realization that our young people should be disciplined in just this manner. Tough but fair. Its the only way to get a handle on the problems that were plaguing the school. Kudos to all principals who are enlightened enough to set aside all the (teacher union and school board) claptrap so these kids will stand a solid chance of landing a good education. Then they can move on to greater and better things in their lives.”

At the risk of sounding like a “pyschobabbler,” I disagree completely. Zero-tolerance is the opposite of fairness and no study has shown that a “might makes right” approach improves education. “Tough love” is for those who choose punishment over discipline because they’re too lazy or ignorant to explain anything. If all schools were run on empathy, kids might actually want to attend classes. Until then, I wish for schools worldwide to practice Sporleder’s approach, if only for a month.

Luke Dang, 19, was expelled from school when he was 14. He now spends his time writing about youth rights, teenage depression, and compulsory schooling. He works at EQI.org.