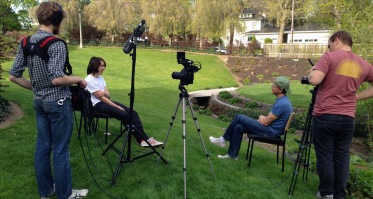 After learning about the overwhelming effects of childhood trauma, I decided to make a film about a school that’s adopted a “trauma-informed” lens.

Documentaries are no walk in the park. They take a lot of time and money; they have a way of making a mockery out of your narrative plans. They must share the attention of an audience that is increasingly losing more and more of it.

Why bother? It’s a good question. For me, I have one simple bar that all my films must clear: an “oh my God!” moment. If a story does not elicit that reaction from deep within my bones, I don’t do it. I count on that sense of awe, concern, wonder, and alarm to carry me through the long haul of making the film. To do otherwise, well — it just seems stupid.

After three years of hard work and uphill battles, my latest documentary film, Paper Tigers, premiered last week at the Seattle International Film Festival. And yet it seems like yesterday that I first encountered the explosive research that linked poor health to childhood trauma.

I didn’t know that adverse childhood experiences — like assault, emotional abuse, observing domestic violence — could fundamentally alter a child’s body and brain. These kids are at risk for every single major disease, including (but not limited to) cancer, diabetes, high blood pressure, and cardiovascular disease. That risk doesn’t include the increased likelihood of “self-soothing behaviors” like smoking, drinking, eating too much food, doing too many drugs, having too much sex.

Put that all together and you have the underpinnings for some of the greatest societal challenges we face.

This is where my story started, but it is not where it ended. It quickly became clear to myself and producer Karen Pritzker that social support systems require a deeper understanding of adverse childhood experiences.

Pediatricians could incorporate stressful experiences into a child’s health history. Juvenile judges might understand that a teen stuck in “fight or flight” from living in violence needs mental and physical support to avoid the prison pipeline. A teacher might not take it so personally when a teen whose parents left them alone with no heat or food loses their temper in class.

The good news is that there are schools, clinics, courts, and communities that are starting to adopt a “trauma-informed” lens. The results are often spectacular. Lincoln High School, located in the struggling community of Walla Walla, Washington, is a great example. In the years following their adoption of a trauma-informed approach to teaching, Lincoln has seen attendance, GPAs, and graduation rates rise dramatically, while fights, suspensions, and arrests have all fallen.

What does that success actually look like? What’s the secret sauce? It’s one thing to be informed about the health risks of untreated childhood stress, but another thing entirely to do something about it. Our film attempts to answer these questions.

I watched as teachers countered poor attitudes and poor choices by asking, “What’s going on?” rather than “What’s wrong with you?” I watched as a science teacher used the experiment setting as a time to quietly talk to kids about their problems. I watched as kids streamed in and out of the principals’ office, seeking guidance and support. I watched as a teacher didn’t take it personally when a teen boy lashed out in pain.

One cannot exaggerate the difference that one caring adult can make in the lives of at-risk teens, and to witness that truth, to tell that story, has been my unique pleasure. 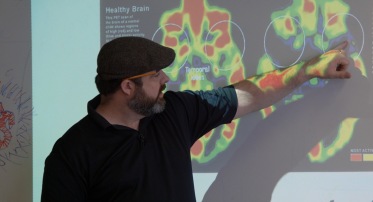 Some may feel that “trauma-informed care” is asking too much of teachers. Of anyone, really. It is not a tangible pill, a law, a policy. It is an opening of the heart, and it can be hard to manage effectively. But the folks at Lincoln High do not consider themselves terribly unique, they will tell you that if they can do it, so can others. So can all of us, for that matter. And, to me, that’s a story with telling.

This story first appeared on Bright, a section of Medium.