A policy brief issued in July by the Campaign for Trauma-Informed Policy and Practice (CTIPP) forcefully develops the case for trauma-informed approaches to address the opioid crisis—to prevent and treat addiction—based on strong evidence that adverse childhood experiences (ACEs) are at the root of the crisis. CTIPP is a national organization that advocates for trauma-informed prevention and treatment programs at the federal, state and local levels.

Successful strategies to attack the opioid epidemic must recognize the powerful correlation between ACEs and substance abuse demonstrated by the CDC-Kaiser Permanente Adverse Childhood Experiences Study (ACE Study), according to CTIPP. While recognizing the complexity of addiction pathways and contributing factors such as job loss, CTIPP argues that understanding the role of ACEs and trauma in addiction is essential in developing effective strategies to prevent addiction and treat those already addicted.

The brief, “Trauma-Informed Approaches Need to be Part of a Comprehensive Strategy for Addressing the Opioid Epidemic“, describes the evidence showing a correlation between traumatic experiences, including the ACE Study and more recent studies that, for example, “demonstrate a clear dose response relationship between the number of trauma experiences and increased risk of prescription drug misuse in adults.”

This knowledge, according to CTIPP, can be put to work in preventing and treating addiction. In addition to describing evidence-based prevention strategies such as home visiting programs and positive parenting, the paper highlights real-time, local responses to the crisis in places such as Martinsburg, WVA, where the police department and school districts are working together to prevent drug addition through multi-generational approaches.

The paper also describes several trauma-informed approaches to addiction treatment to help those already addicted to recover and return to productive lives. Seeking Safety, developed by Dr. Lisa Najavits, is the most evidence-based model for people with both trauma and addiction, and is effective when delivered by both counselors and peers, according to the paper. 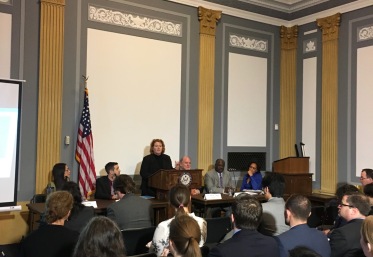 Anecdotal evidence of successful prevention and treatment approaches is also described in the paper. One story (included in briefing in the U.S. Senate) was about cases before a Tennessee judge where the outcome for a traumatized child was dramatically better when treatment was provided compared to one who was simply punished. Another comes from the work of Dr. Daniel Sumrock who incorporates ACEs science in his Tennessee clinic. (See “Addition doc says: It’s not the drugs. It’s the ACEs—adverse childhood experiences”).

Among the policy implications cited in the paper are the need to reduce violence and trauma across the lifespan, to ensure that every child grows up in a safe and nurturing environment, to build resilience in every community, and to make trauma-informed addiction and treatment programs universally available and covered in both public and private insurance.

The CTIPP Opioids and ACEs Work Group, headed by attorney Dan Press, produced the issue brief; it is considering next steps, including further development of policy recommendations. CTIPP sponsored three congressional briefings on trauma with Sen. Heidi Heitkamp in the last Congress and one in the 115th Congress along with the American Academy of Pediatrics, Futures Without Violence, and the National Council of Juvenile and Family Court Judges.