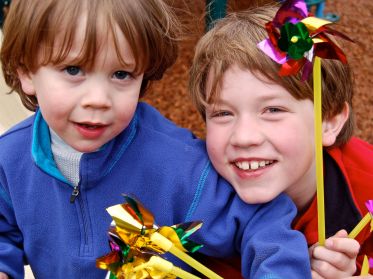 Last week, I posted a story about how a family services clinic in Port Townsend, WA, includes childhood trauma in regular health screenings for pregnant women and families. They’re doing this because the research is very clear: Toxic stress from adverse childhood experiences (ACEs) causes adult onset of chronic diseases, such as heart disease and diabetes. It causes suicide and depression. It also leads to committing violence or becoming victim of violence.

The purpose is to reduce toxic stress in children, so that they grow up to be healthier and happier.

As far as the staff at Jefferson County Public Health knows, they are the first in the country to figure out a way to integrate into their daily work the research

about the consequences of adverse childhood experiences. If there are other clinics doing this, please let me know – this ACEsTooHigh community wants to hear about you.

What IS certain is that, of all the community systems in Jefferson County that support, intervene or interact with children and families, Quen Zorrah and the staff at the Family Services clinic were the first to jump in the pool. The pool, of course, is the metaphor for the place where everybody’s talking ACEs and integrating ACEs research into their everyday activities.

The big question that Jefferson County is grappling with now is: How do you get everyone else to jump into the pool?

A little background: Washington State leads the nation in integrating the epidemiological research from the CDC’s Adverse Childhood Experiences Study (ACE Study) and the neurobiological research that shows how toxic stress alters a child’s developing brain. The state began its journey in 2003 when the Family Policy Council, which partners with 42 community public health and safety networks across the state, began a series of meetings to introduce ACE concepts to the people in these networks. The state conducted its own ACE Survey, and the data was analyzed by Dr. Robert Anda, one of the co-founders of the CDC’s ACE Study. Among a plethora other effects, he found that 25% of heart disease and 24 percent of the state’s incidence of cancer are caused by childhood trauma.

Anne Dean is the program manager of the Jefferson County Community Network, which is funded by the Family Policy Council and a state grant that helps communities develop programs to reduce youth substance abuse and to prevent maltreatment of children. She joined the network in 2006, shortly after the community began learning about the research

An 18-member policy board leads the network. Volunteers, parents, and representatives of local government, media, schools, the public health department, organizations that serve youth, and the police department sit on the board. 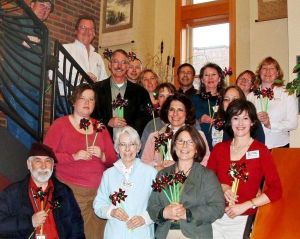 City of Port Townsend staff celebrating “Our Kids: Our Business”.

In this community, says Dean, “many people talk ACEs”.

“We’ve been very fortunate over the last five years,” she explains. “A lot of people have been exposed to this research. It’s in the hundreds. It’s not uncommon to hear community leaders reference the ACE Study when they’re talking about their priorities and decision-making. They’re very aware. We’re lucky for that.”

Although the public health department has made the biggest changes, other organizations are starting to put their toes in the water. Learning about ACE concepts has influenced Port Townsend Police Chief Conner Daily to implement new programs.

“What I took away from the ACEs training was a better understanding for motives, and why kids sometimes may react the way they do that are based on things that we don’t have any control over,” says Daily. He provided training for his staff on how to interact with people who are mentally ill, and he incorporated ACEs concepts in the annual domestic violence updates.

As a result, “our officers are more empathetic,” he says. “It’s helping officers understand, for example, why don’t women leave their abusers.” In working with teens, his school resource officer is taking the approach of “let’s solve the problem instead of punishing the behavior,” he explains.

The research also influenced the police department to start their own prescription and over-the-counter drug take-back program.

But change isn’t easy, notes Daily. “It’s one of those cultural things, it takes a while.”

“The rest of the criminal justice system has been slower to respond,” says Dean, “but, despite that, our county is taking innovative approaches, such as a relapse-prevention program in the jail. There’s always room to grow in that area and others.”

It took Zorrah and her staff three years of reading the research and talking about how to integrate ACE concepts before they developed their new practices, because they had no models. “We had to start from scratch,” says Zorrah.

The rest of the local health community is starting to have conversations about incorporating ACE concepts into their practices. One way may be to add it to health care screenings for prenatal care and all parents of children 10 and under.

In response to this interest, Dean and Matlock, through this year’s “Our Kids: Our Business” campaign that’s celebrated throughout 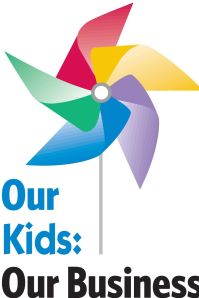 the month of April, are emphasizing “creating a common language and shared understanding of ACEs across community systems that support children and families”. It’s been five years since the community first began talking about ACE concepts. Dean and Matlock think that this year might be the year they get more traction on applying that language.

As part of the dozens of campaign events this year, Dr. Robert Anda and Quen Zorrah will do a presentation for the general public about how to prevent and reduce ACEs, and how to build resilience. They will also do a private workshop for the community’s physicians.

As I mentioned above, 42 networks across Washington State have learned about ACE concepts. In each community, those seeds of knowledge are bearing fruit differently. While Quen Zorrah and the public health staff were making changes in Port Townsend, across the state in Walla Walla, Lincoln High School Jim Sporleder initiated changes that resulted in suspensions decreasing by 85 percent, written referrals being cut in half, and expulsions decreasing by 40 percent.

In Kennewick, Sue Delucchi successfully incorporated ACE concepts into a children’s crisis nursery so that children who were so out of control that they couldn’t be placed are now in homes and doing well in school.

In Seattle, the Cobb Center, a residential treatment program for foster boys aged 6 to 16, this shifted from an authoritarian model to a more empathetic and compromising approach. Now, according to the Family Policy Council, the advisors are seeing “many fewer physical interventions, less policing, deeper and more reciprocal bonds, a less punitive and coercive power-based approach with less emphasis on power, control and compliance.”

Change begins to happen when one person in the community jumps into the pool first, gets comfortable with the new environment and yells: “Jump in! The water’s fine!”

And then, everyone else has to trust that it’s the right thing to do.