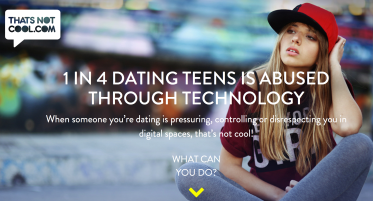 This year, a film named Audrie and Daisy was part of the U.S. Documentary Competition at the Sundance Film Festival and will be available on Netflix later this year. The film tells the stories of two high school girls in different parts of the country whose kinship is the result of a common tragedy: both girls were sexually assaulted by boys they thought were friends.

Both girls were tortured by their communities and schools, particularly over social media. Both girls tried to take their own lives. The film highlights our failures as a nation to protect our young people, it illustrates a fundamental misapprehension about gender-based violence, it demonstrates our inclination to blame victims rather than believe them, and it vividly depicts the power and pervasiveness of social media as a weapon.

Forty percent of the world population is connected to the Internet, with more than three billion unique Internet users. According to an annual survey by Cox Communications and the National Center for Missing & Exploited Children:

The use of social media as a weapon of choice in abusive dating relationships has made personal pain public, pervasive and perpetual. It has, at best, created suffering for victims on a world stage at a time when social connectedness and identity is most important and vulnerable. At worst, it has led to young people taking their own lives after the dissemination of particularly private and painful acts of violence were captured and spread throughout their digital worlds. The rise and evolution of social media has created a world where connection is immediate, boundless, enduring, and infinitely accessible and has, for victims of dating violence, manifested as a limitless opportunity for victimization and re-victimization.

“Online culture represents the worst forms of gang violence,” noted the report Cyber Violence Against Women and Girls, by the UN Broadband Commission for Digital Development Working Group on Broadband and Gender.

Digital dating violence tends to manifest in one of three ways against young people: privacy, pressure, and control. Teens may experience invasion of their privacy, such as having social media accounts hacked or surveilled. Young people may experience pressure, such as for nude pictures, or experience coercion to comply with the demands of the abuser in an online capacity. Perpetrators of teen dating violence may also use social media and technology generally to track and monitor victims, to harass and scare victims, to maliciously embarrass and bully victims, to impersonate victims, and in some cases, to recruit or lure victims into dangerous or violent situations. Fifty-two percent of teens who experience digital abuse also experience physical abuse. Only 9% of teens seek help, and rarely from a parent or teacher.

(1) The relative ignorance of adult allies as to the seriousness, pervasiveness and potential harm associated with it;

(2) The ease with which perpetrators can reach victims online in a permanent and limitless manner;

(3) The impotence of legal recourse and/or enforcement of laws for victims.

Adult Allies. Futures Without Violence and www.thatsnotcool.com have an online toolkit that helps adults to become allies to teens in order to support them and facilitate conversation around healthy relationships and maintaining digital boundaries and a safe online space. As in all forms of violence against young people, the presence of a loving and supportive adult can make all the difference in a victim’s resilience and recovery.

Safe Spaces. One of the most effective methods to help teens to protect themselves from digital abuse is to connect them with each other and with information. The That’s Not Cool campaign includes a range of print, television, mobile, radio, and web ads, active engagement on Facebook, Twitter, Instagram, and Tumblr, as well as innovative new apps and games, providing ways for teens to learn and practice healthy relationship skills, and to ultimately “draw their digital line.”

Legal Reform and Enforcement. Digital abuse thrives in part because it can be perpetrated with relative impunity and anonymity. The lack of applicable laws and the difficulty obtaining enforcement of existing laws leaves victims especially vulnerable.  In fact, in a recent Supreme Court case, the judges decided by a 7-2 margin that online threats to kill, without actual evidence of the specific intent to threaten, do not violate the federal law. In other words, for an online threat — even one to rape, maim, or kill — to be criminal, prosecutors must have evidence to show what the threatening party is actually thinking. To quote Michelle Garcia, former director of the Stalking Resource Center, the Internet is “the crime scene of the 21st Century.”

The National Council of Juvenile and Family Court Judges works to enhance judicial skills to promote safety and batterer accountability through their program, the National Judicial Institute on Domestic Violence. Despite the sometimes grim legal outlook, court staff and judges can still be part of the solution for young people. They can: